Here's what happened in June!

June started with PreK orientation.  Our town offers half day PreK and I think we're all excited for it.  The kids to get out and meet new friends and learn more and for Tony because he needs a break.  The kids came and we all sat in the gym/lunch room for a few minutes and then the teachers took the kids down to their classrooms.  I think the teachers were sizing them up and deciding which kids were going to be their rooms.  We requested that all of ours stay in the same class and they are going to honor our request.  While the kids 'played' in their classrooms, we stayed and listened to the principal talk about how to get prepared for school.  It was about an hour and after the talk, we retrieved the kids and found they had been playing with play-doh, drawing and more.   I wasn't sure how they'd all do - leaving us and going with the teachers, but they were all fine.  I was happy about that and proud that they're all independent enough to separate.

We've also been doing alot of playing outside, in the pool, on the waterslide, on the tricycles/scooters. 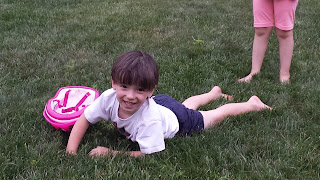 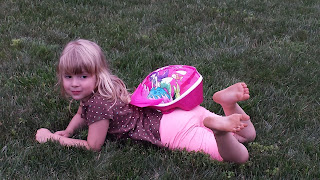 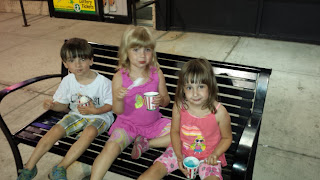 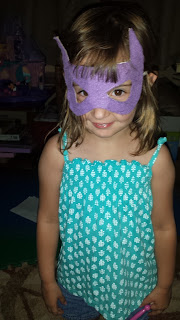 We've gotten ice cream and even went to see our first movie in the theater!  We went to see Inside Out.  What a cute movie.  I'm not sure they understood everything, but they did relatively well sitting in their seats.  I think their favorite part was the popcorn!  Olivia got lost for a few seconds at the end of the movie.  She got swept away by the crowd of people leaving that theater and we found her in a circle of other parents asking who she belonged to.   She wasn't scared at all - but she wasn't lost for very long.  They had a great time taking pictures amongst the movie posters/signs/displays. 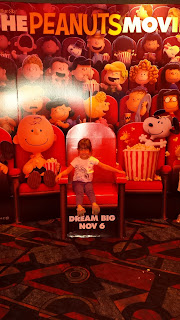 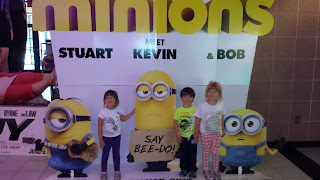 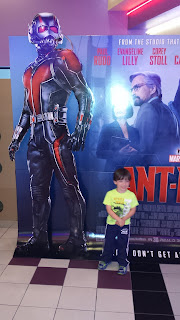 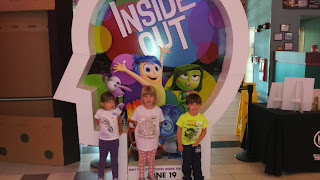 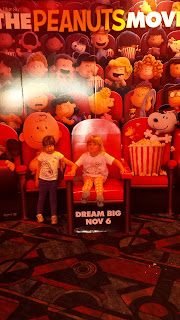 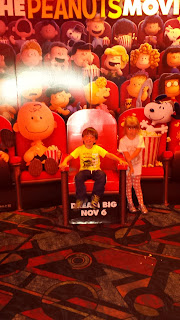 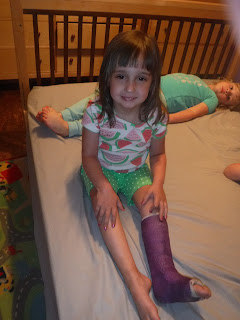 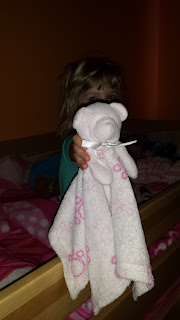 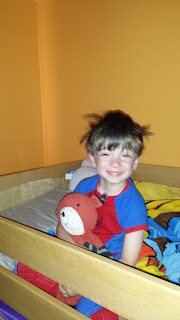 Amelia's cast came off during of the month.  She was a little nervous to walk on it for the first day or two after the cast came off, but she was off and running within several days .  She had some restrictions - like no running for the first week and no going into bounce houses for a few weeks which we abided by.  It was amazing to see how fast it healed and what a trooper she was throughout the whole thing.
Posted by The Triplets of Fernwood at 12:06 AM 1 comment: