The rest of September...

Once again it's been a while since I last update this so I'll attempt to catch up a little at a time.  A day or so after we returned form vacation, it was cousin Katie's birthday party.  I don't have any pictures from the day, but it was a Frozen theme and all of the decorations were really cute and cake was gorgeous.  It was Elsa's ice palace - several tiers high!  All of the snacks were really cute... Elsa's wand - pretzel rods covered in chocolate with ice blue sugar crystals covering the tip, melted snowman sugar cookies, jello 'ice blocks', snowman noses (aka carrot sticks).  There were some crafts that the kids got to do - making Olaf goodie bags to take their snacks home and cookie decorating.  I had to leave early to prep for my colonoscopy, but from the sounds from my bathroom window, I know they had a good time.  I have to admit that I'm a bit jealous of my sister-in-law and of all the time she had to be able to put something like that together.  Oh well... that's just my working mommy guilt coming out.

My colonoscopy went well and revealed that my Crohn's is in 'remission'  Yeah!!!

A few days later, Tony had his second cornea transplant.  The first eye (right one) was done in January and healed pretty well and we decided to have the left eye done before the end of year and sooner than later due to possible changes happening at my job and the health insurance.
The surgery went well - the unfortunate part is that I didn't have as much time to take off of work as I did the first time around but I tried taking the kids out of the house as much as I could to let Tony rest and recouperate.  My first outing was to the mall where Miss Amy has a little 'show' for kids.  She sings kids songs and plays the guitar and dances around.  We got there a little late and it was just a mob of kids and moms and they mostly just wanted to cling to me the whole time.  I wasn't expecting that, but at least they weren't crying or screaming!  Afterwards, we walked around the mall a little bit and took some pictures inside the barnes and noble. 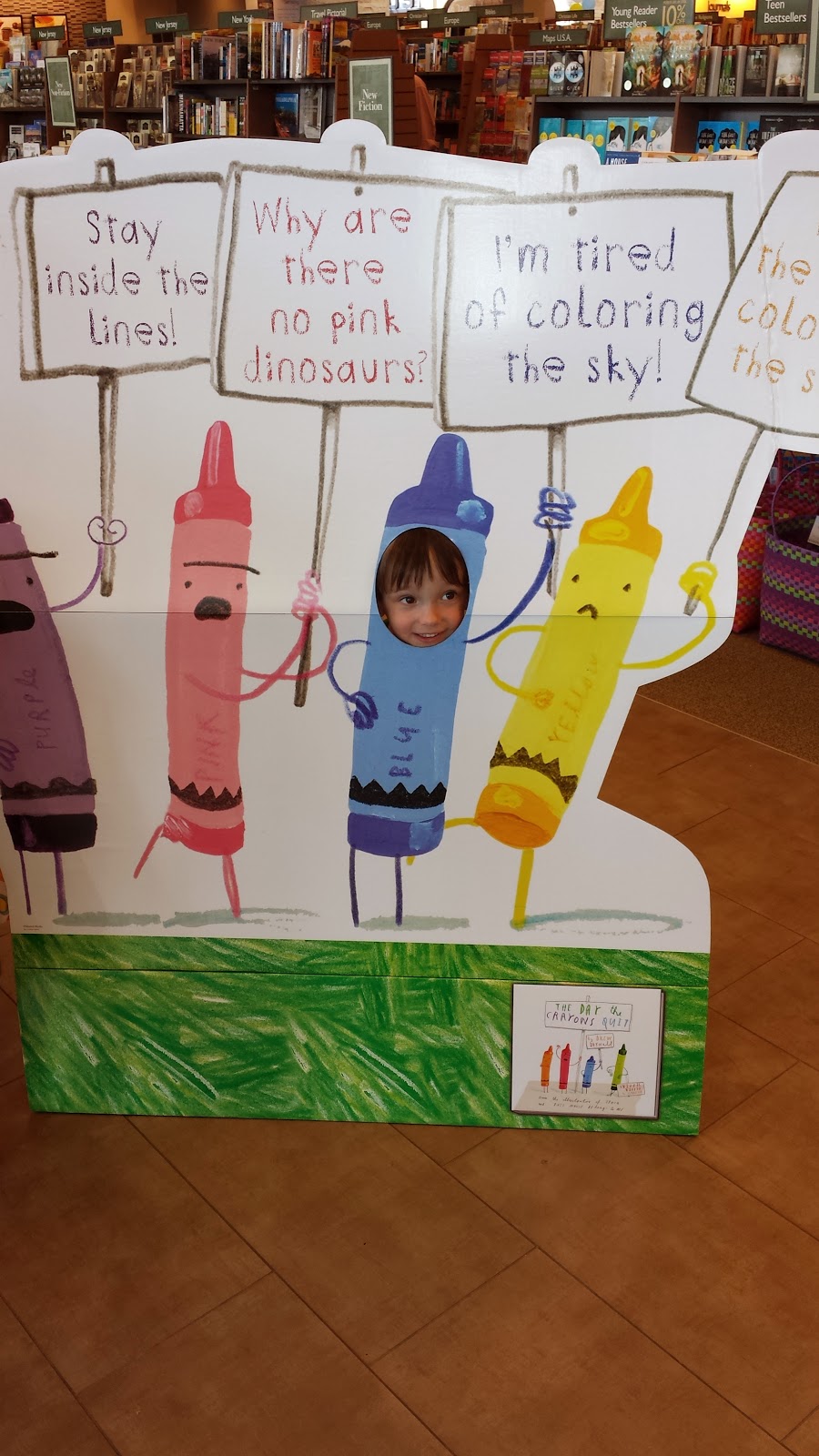 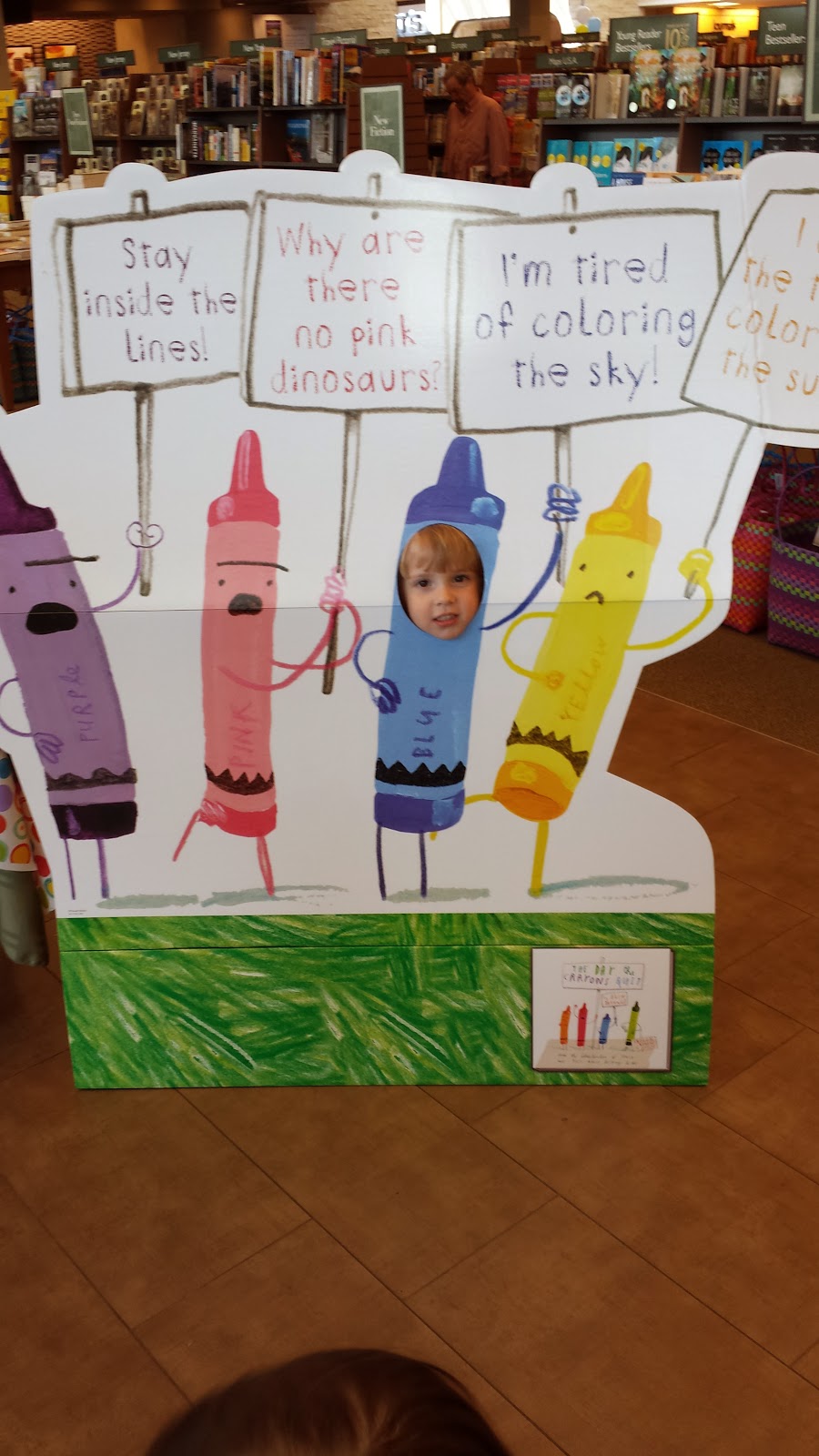 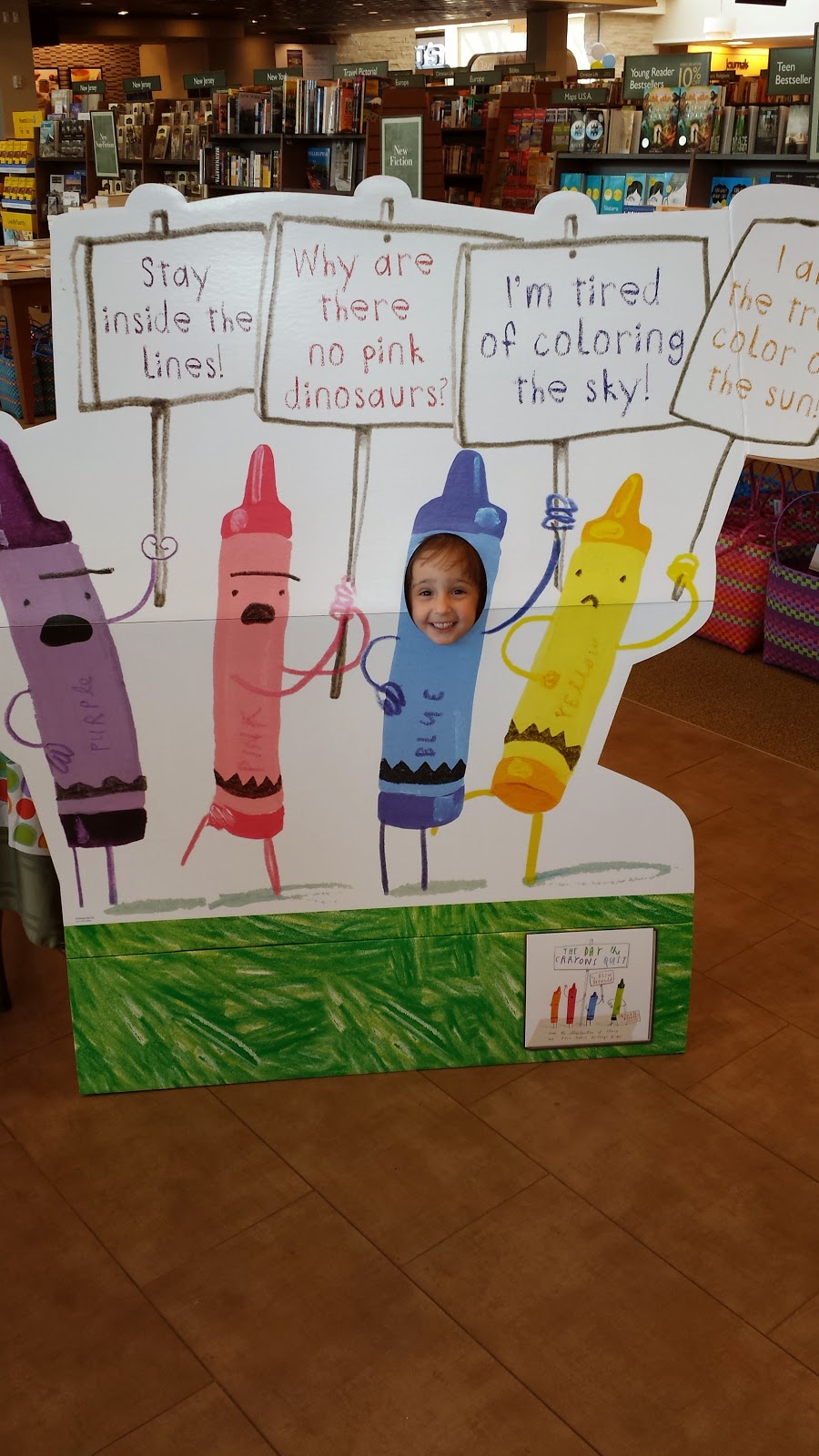 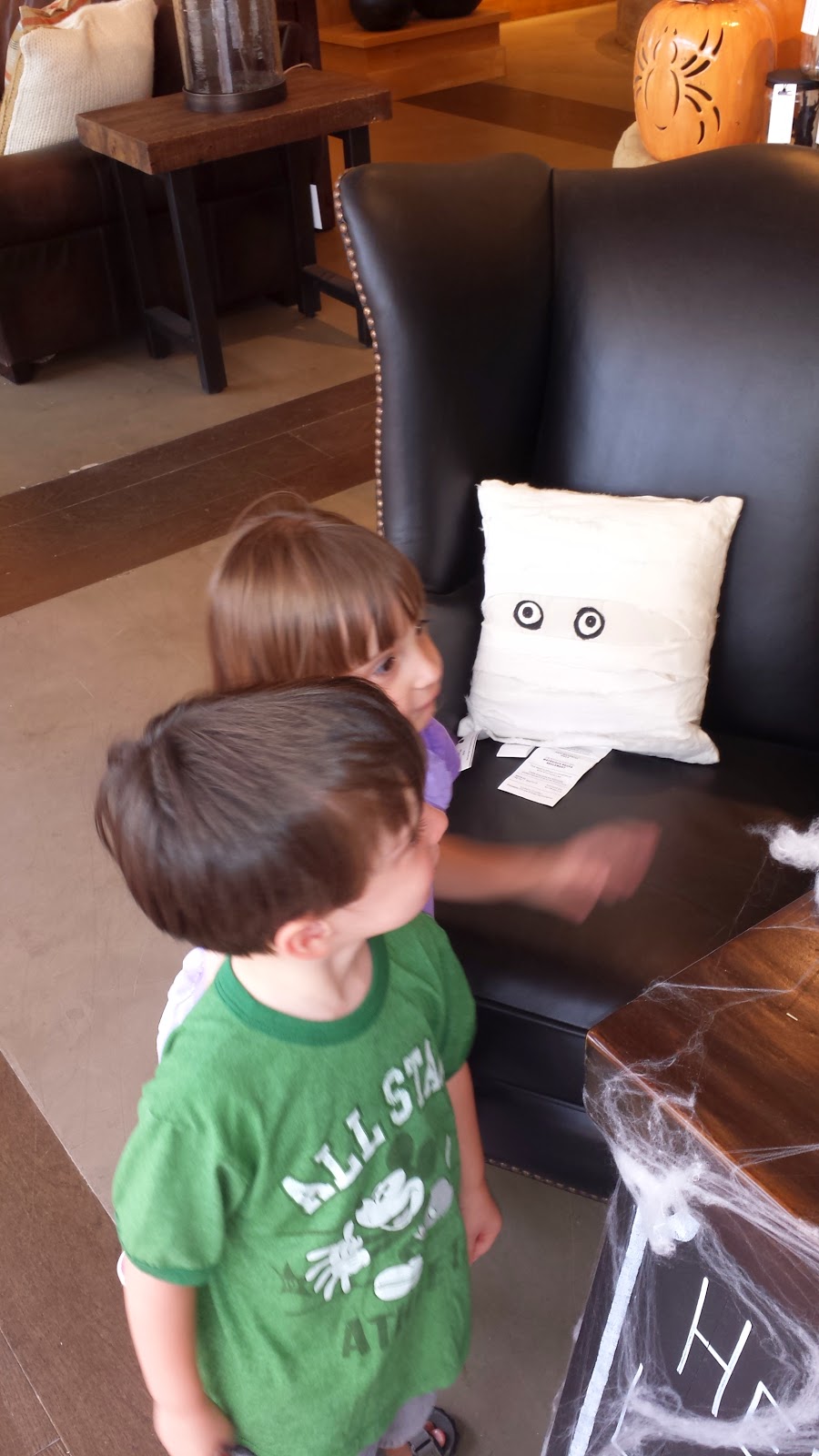 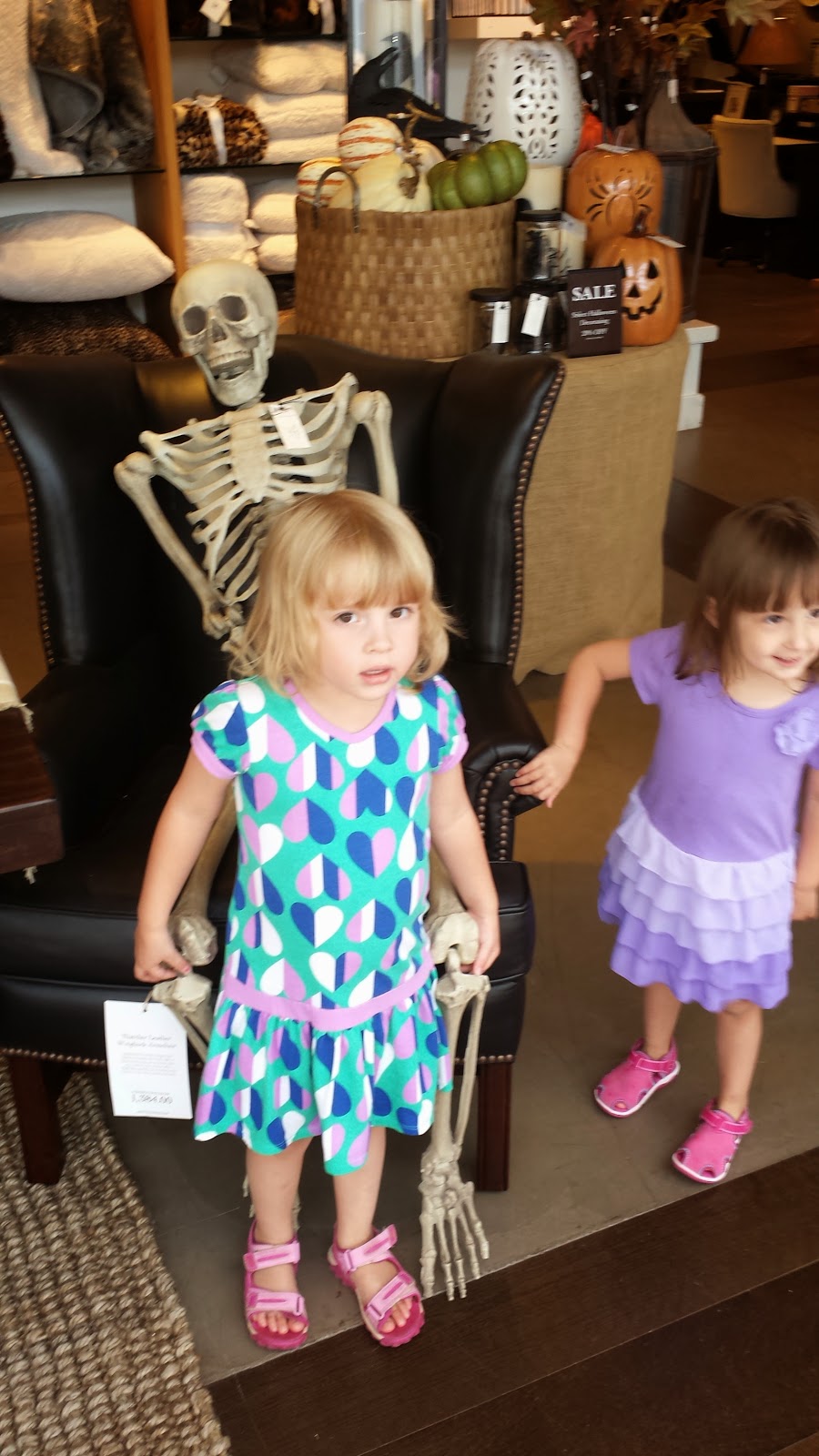 A few days later, I took the kids to the library for their kids program and afterwards we went shopping and ran errands.  It was great getting things done that needed to get done, but it was very draining - having to get all three in and out of the car - but it was empowering for me - just to know that I can handle and control all three on my own!

Also in September was the Mercer County Touch-A-Truck event.  The kids got to climb  into and around a bunch of different trucks like mail trucks, garbage trucks, fire trucks, airplane de-icers, ambulances and more.  It was fun but after a while it became just another truck to lift them into and out of and very noisy - kids were honking the horns on all of these trucks simultaneously!  I saw one family walking around with ear plugs - next year I'll know!
Here are some pictures of everyone in the trucks! 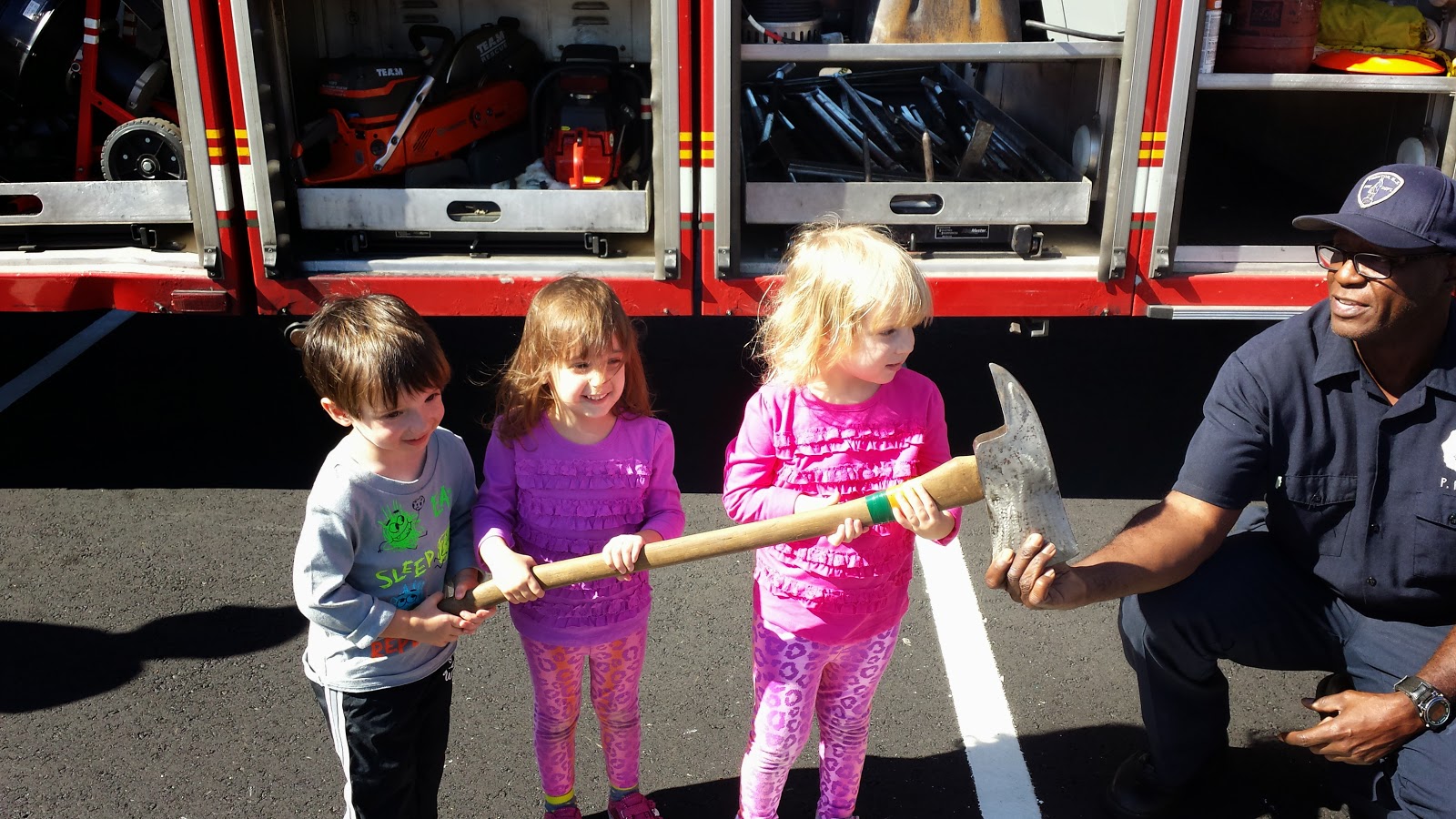 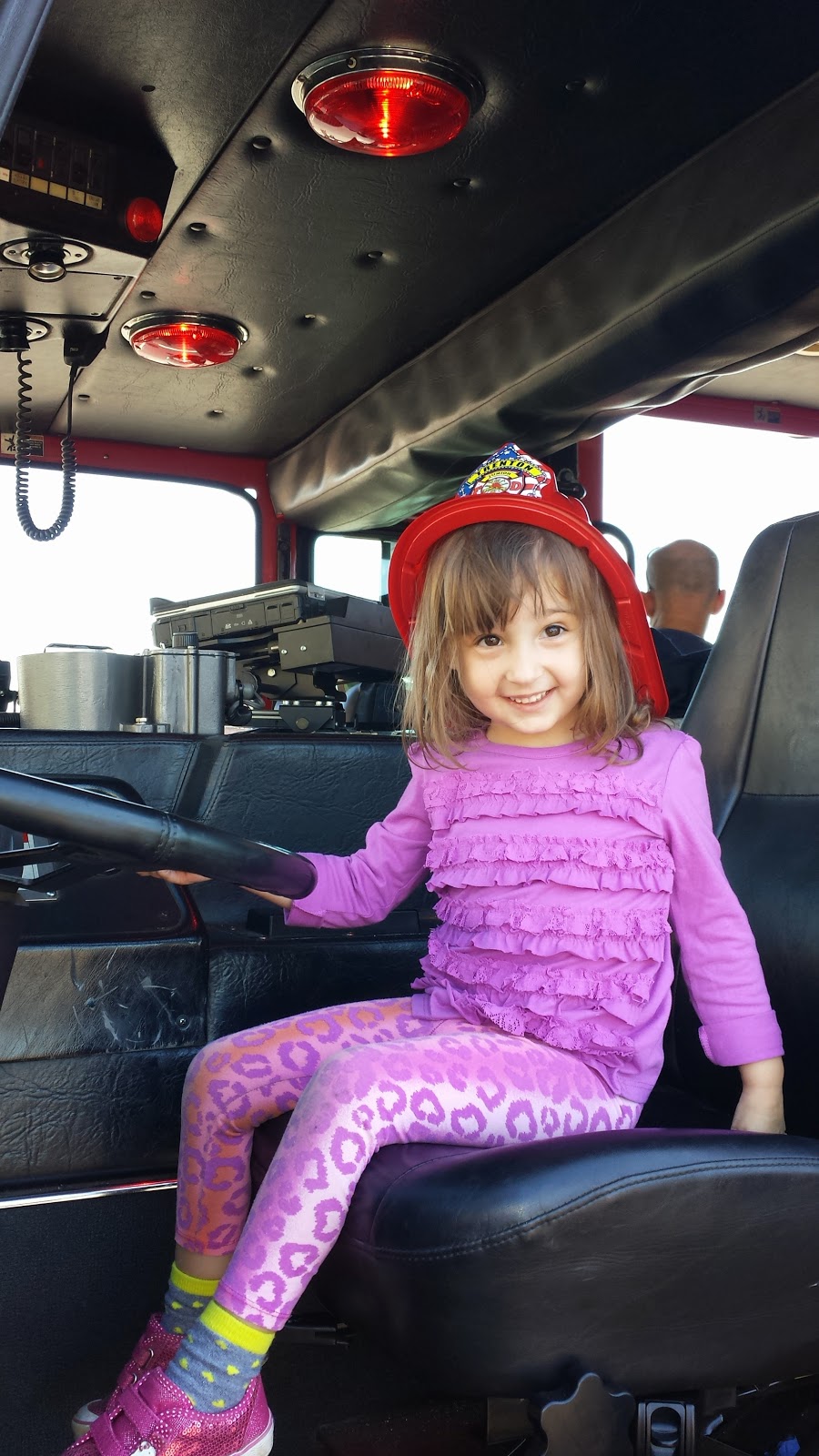 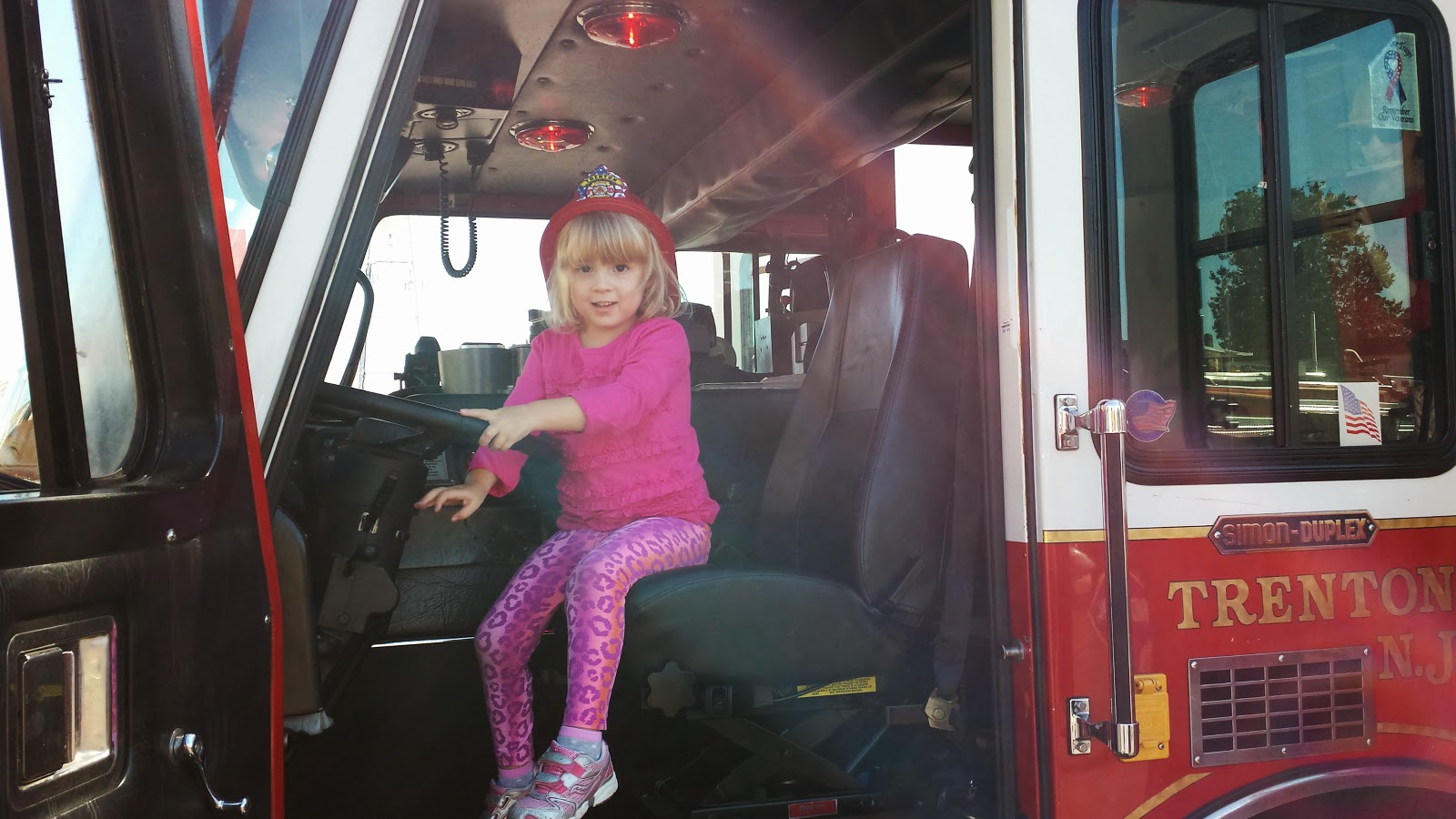 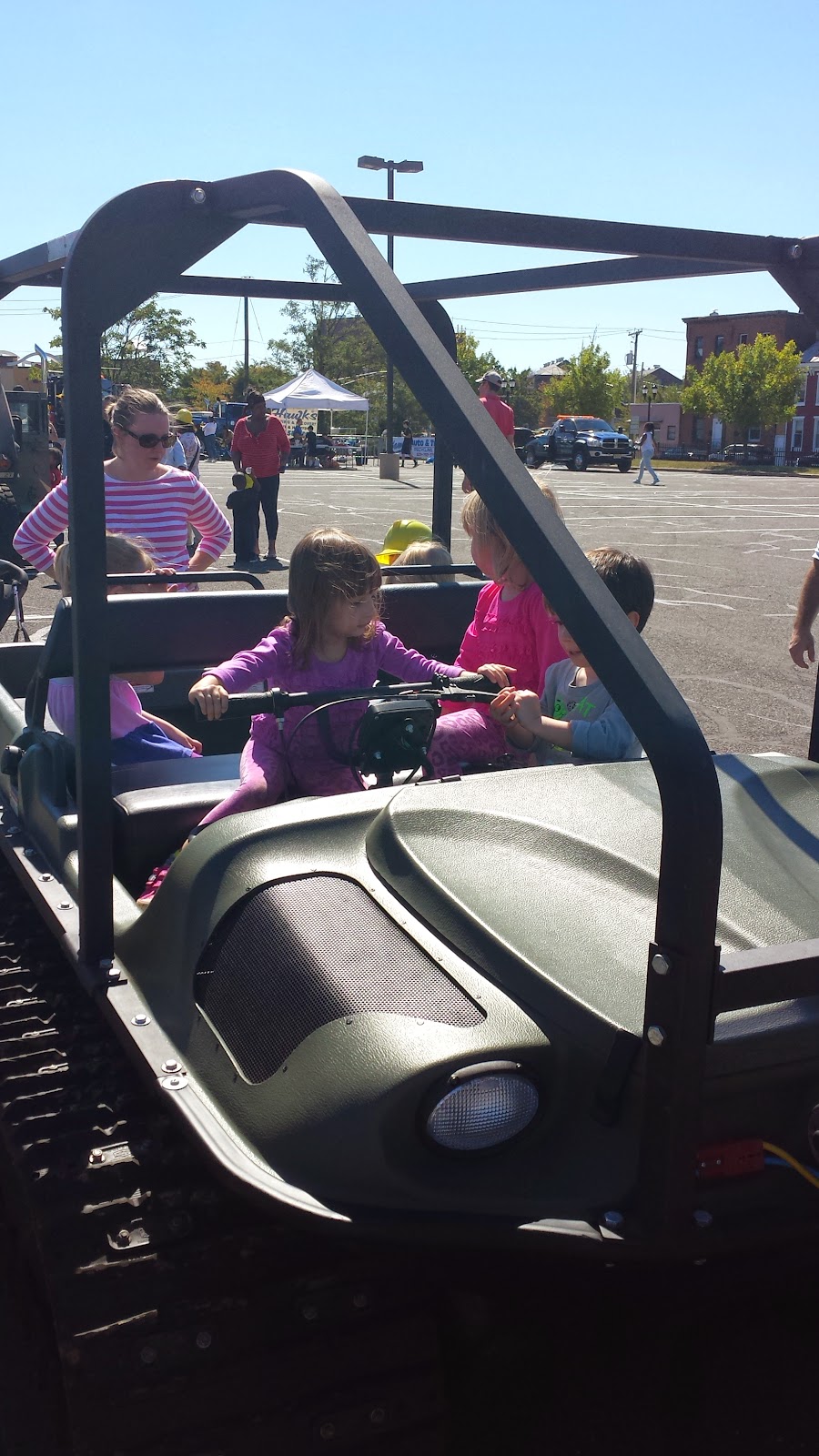 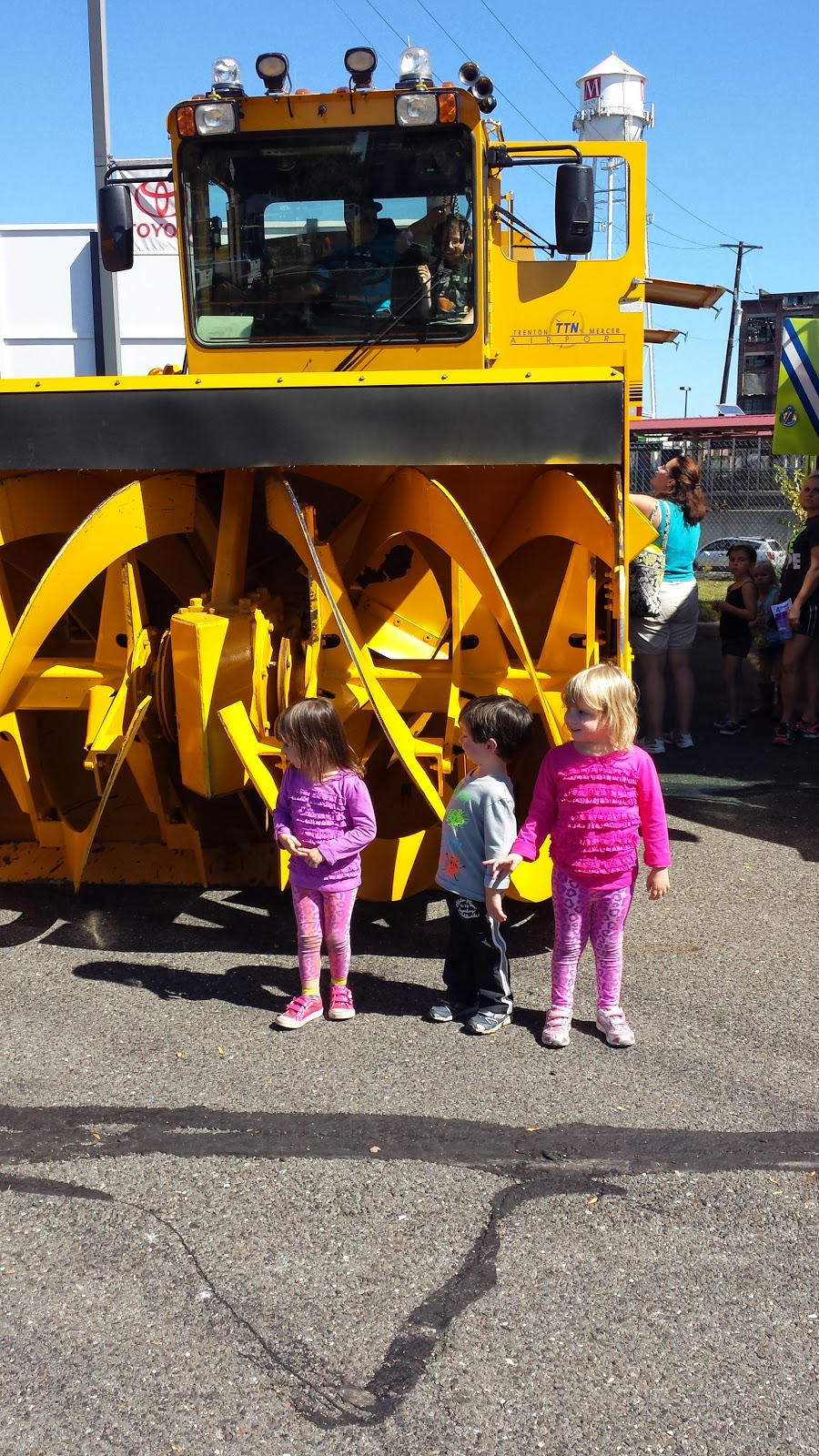 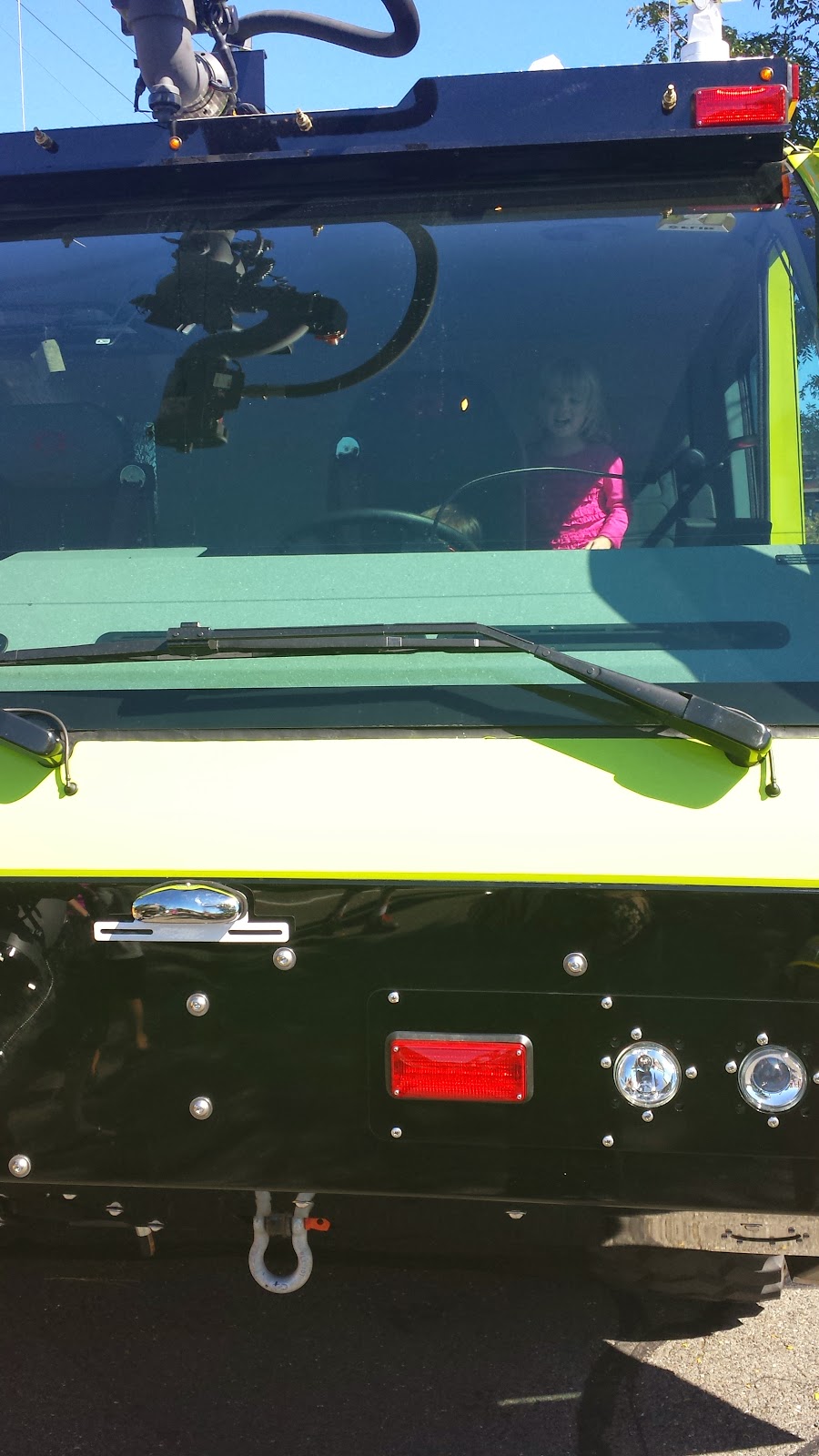 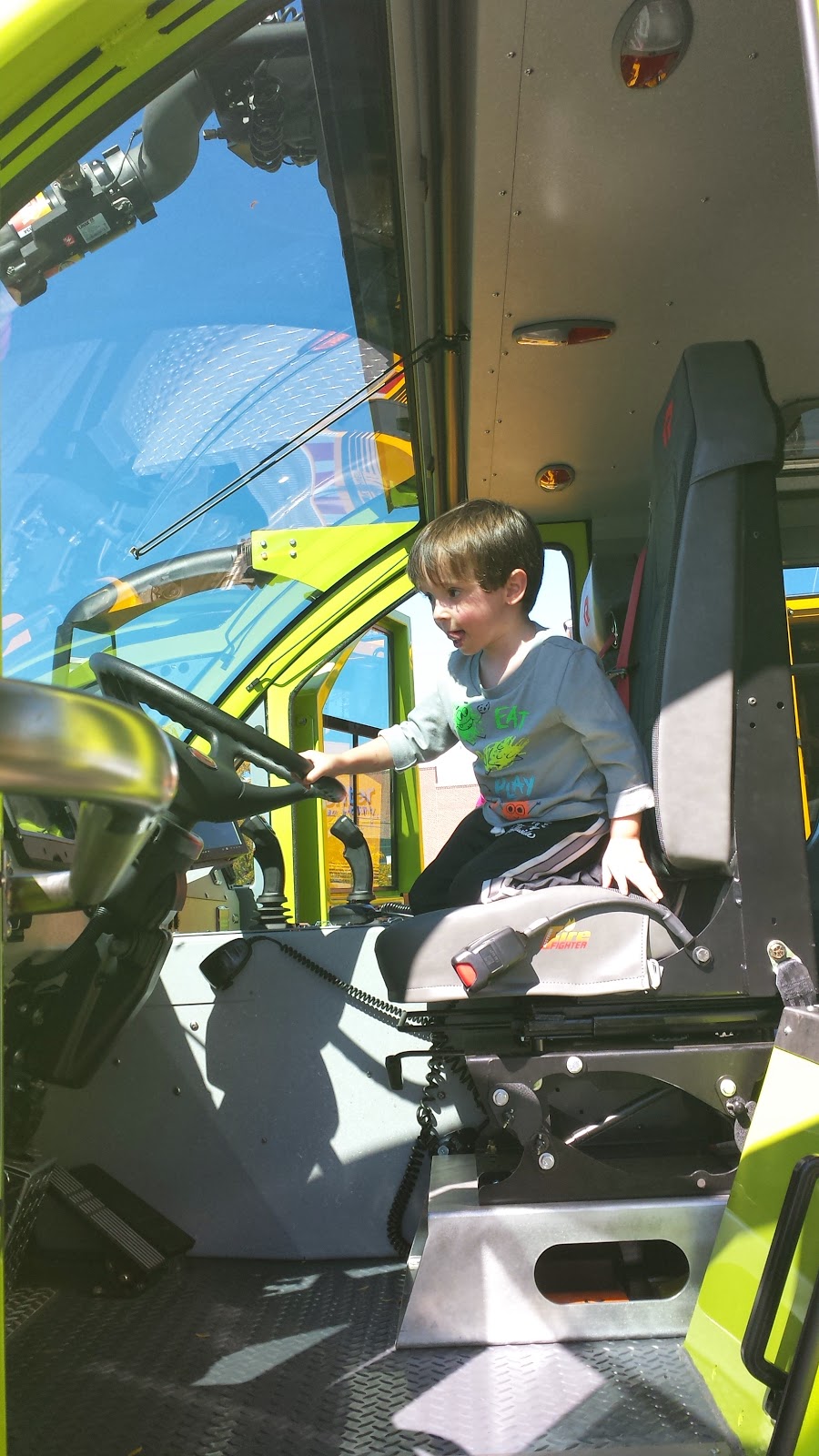 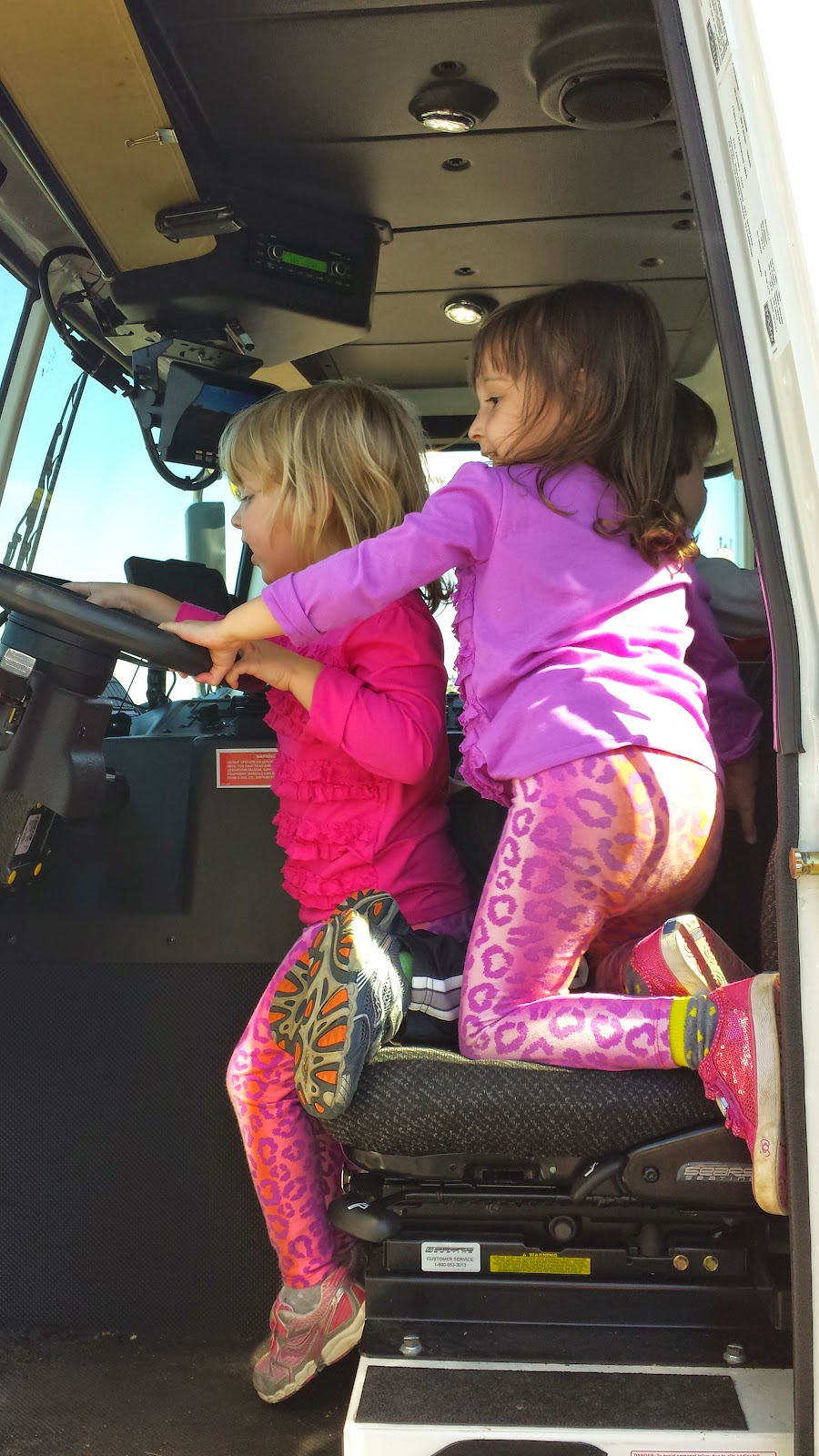 Afterwards we hit up a food truck competition that was across the street.  There were about 1-15 trucks featuring all types of foods from gourmet hot dogs to whole pizzas and brazilian bbq entrees.  It was fun but wish we had the stroller for our tired out kids!

Other random pictures from September include these ultra cute pictures of the girls doing each other's hair. 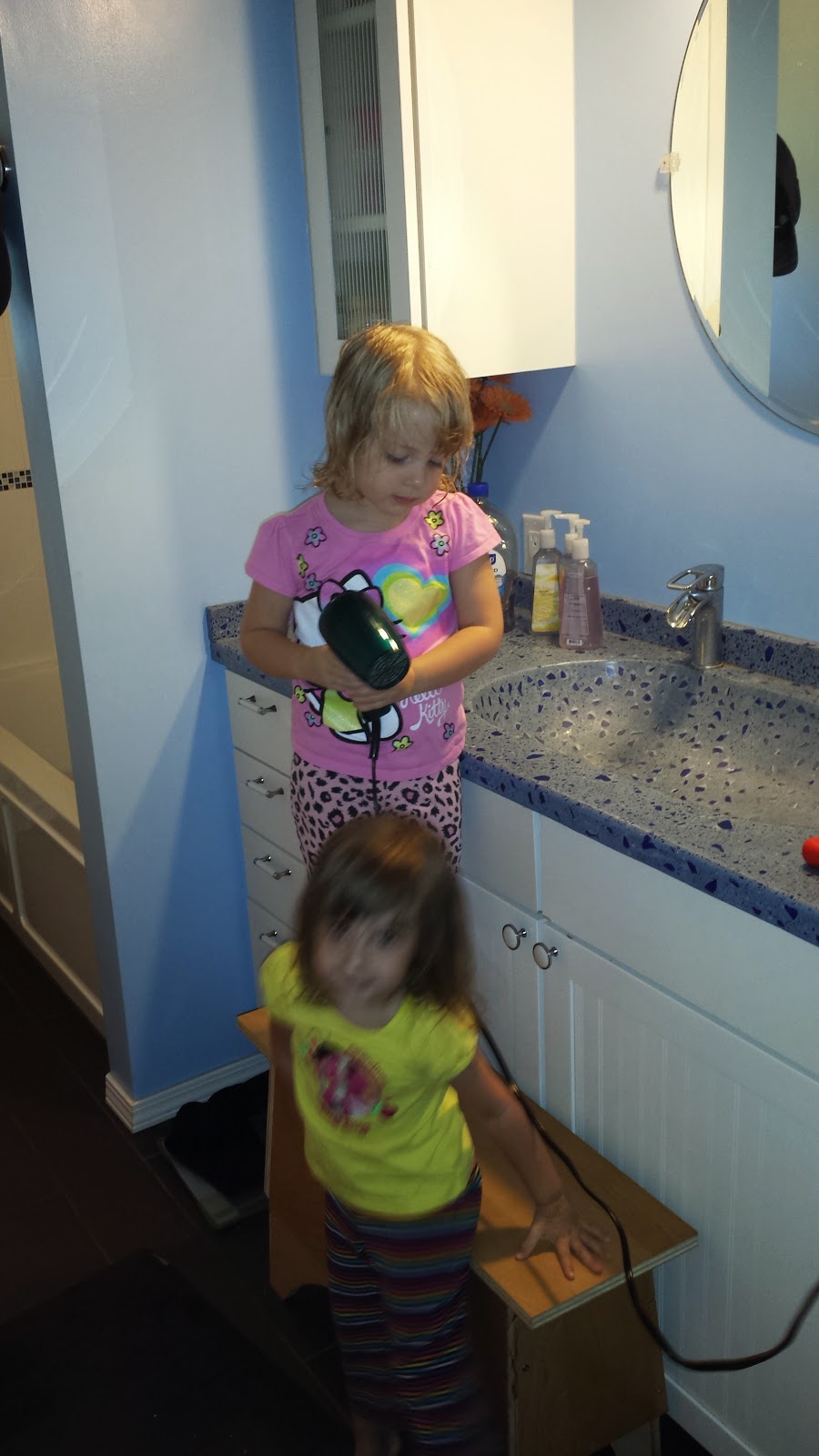 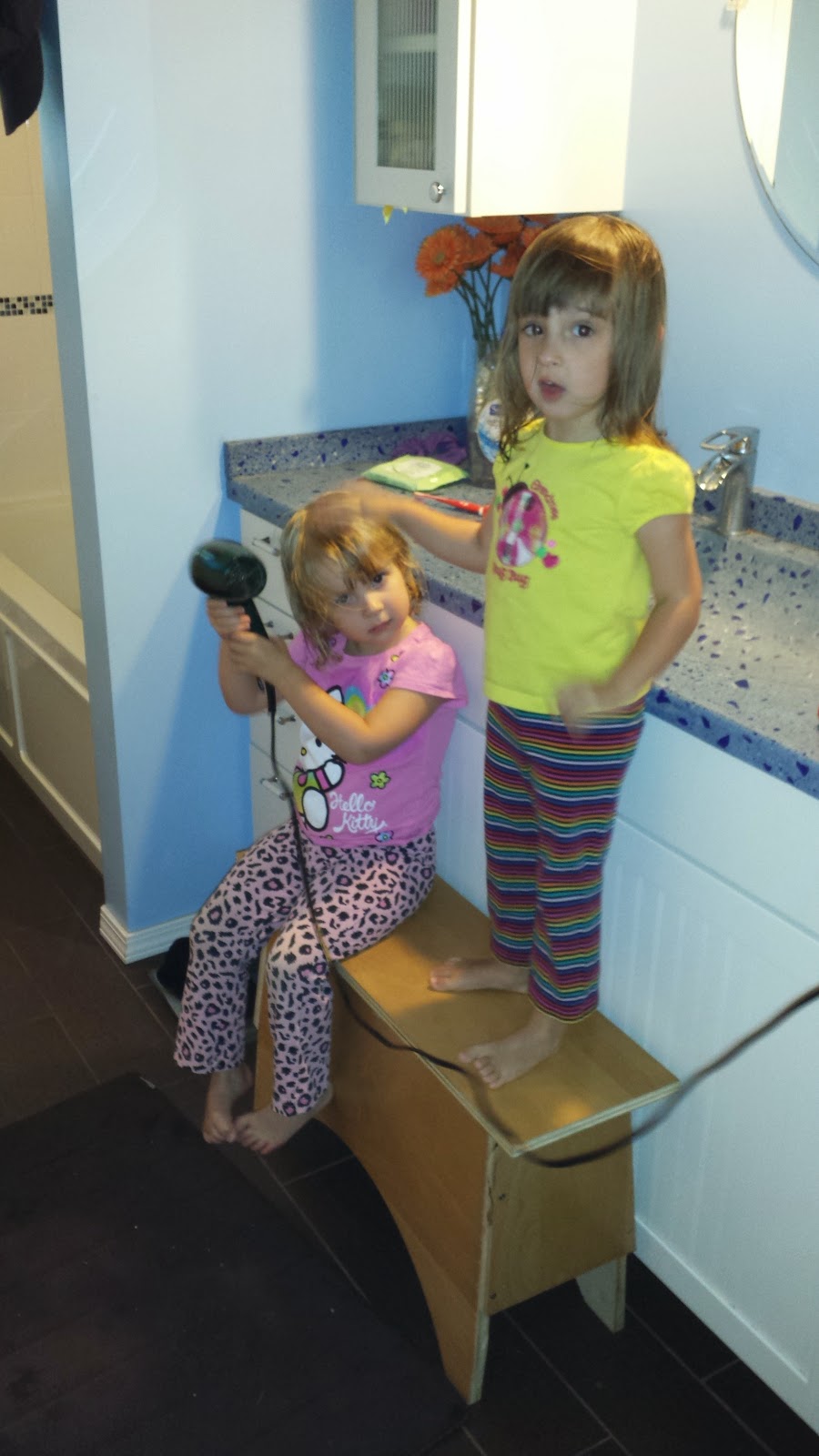 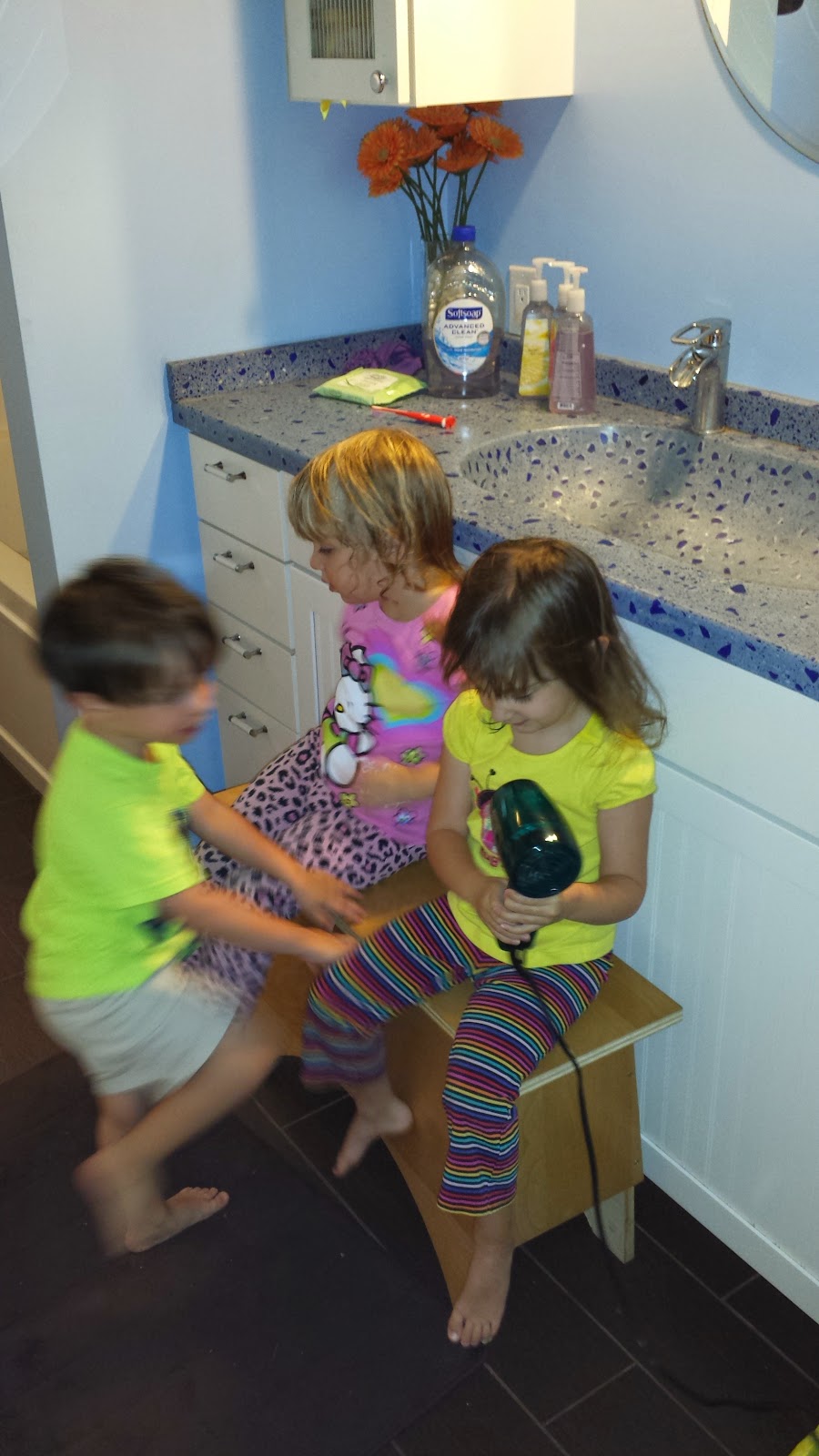 Posted by The Triplets of Fernwood at 1:32 AM No comments: