The afternoon of Christmas was spent at Tony's mom's house with his family.  They all got a ton of stuff - most of which consisted of a million tiny pieces which will drive me nuts trying to keep together!  They had a ton of fun opening all of the presents and then we had a grand time packing it all up in the car to cart it all home. 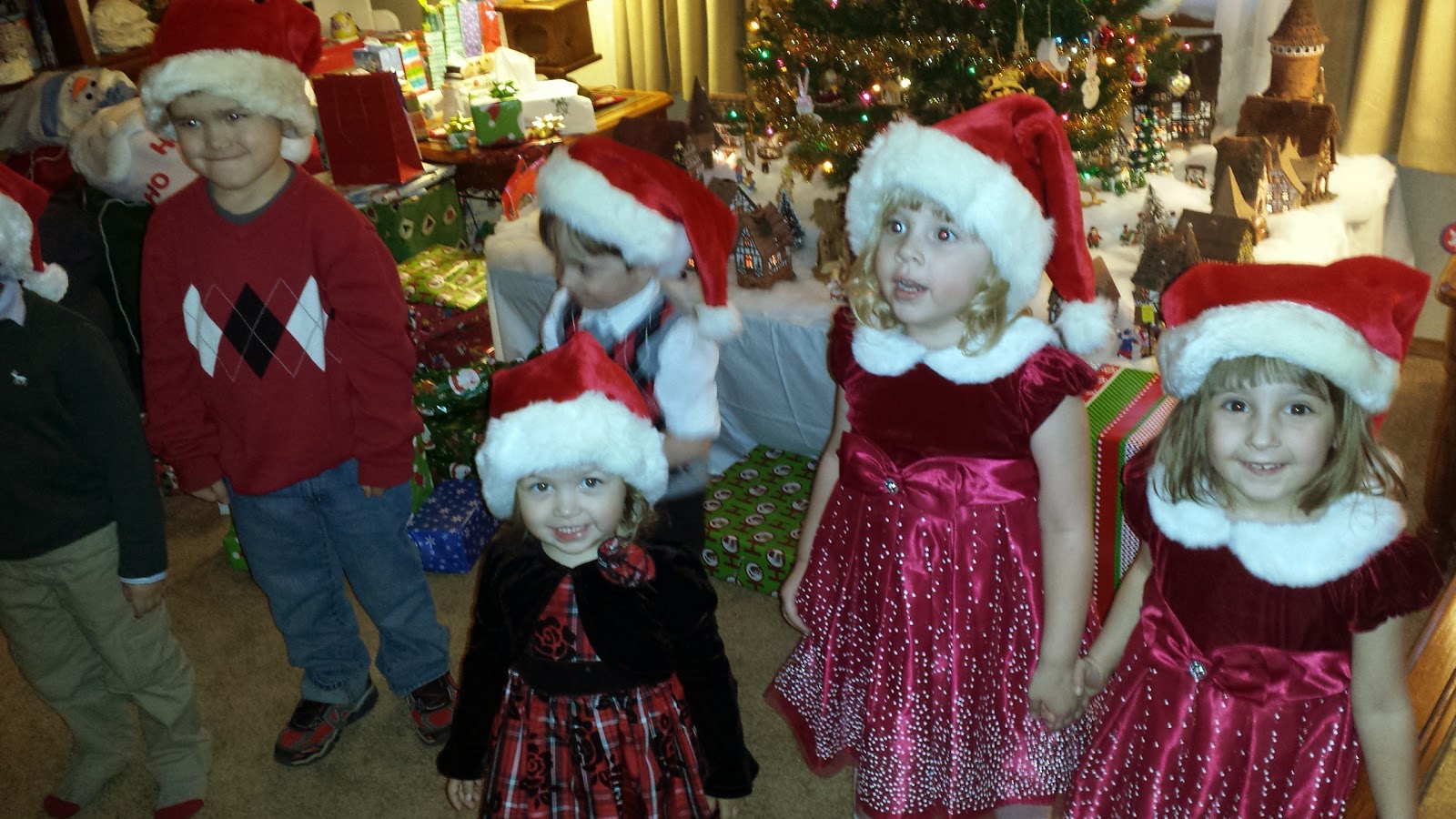 This picture needs to be explained... toward the end of the evening, Olivia, Tony and their cousin Thomas decided to play 'secret agents' and their hide out was under the dining room table where they proceeded to take every piece of fabric from the living room and put it under the table.  I'm talking about every throw pillow, blanket, arm chair covers, stockings, etc.  There was alot of stuff under there.  One time I looked down there I saw Olivia and Thomas holding hands and it appeared that she was giving him a kiss!  I snapped this picture of them under the table.  (Later on I asked Olivia if she gave Thomas a kiss - she said yes but was just one on the cheek!) 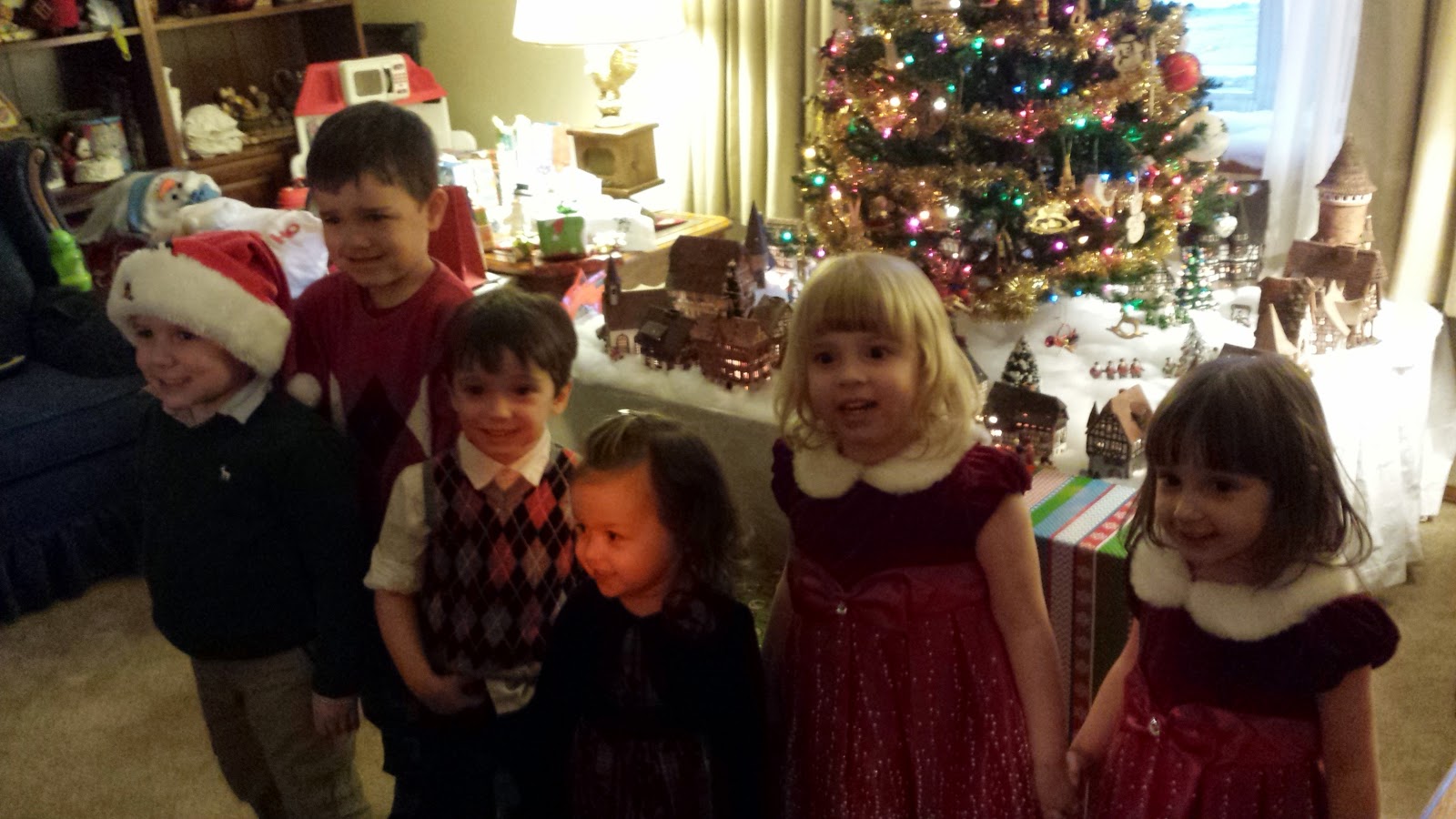 Posted by The Triplets of Fernwood at 12:55 AM No comments:

The months have flown by and here we are at the end of the year and Christmas.  I have to admit that having three three year olds has been a challenge, but Santa found his way to our house.  We started reading The Elf on the Shelf a few weeks ago thinking it would curb some of the 'naughty' behavior, but it feels like they may have gotten worse.  We named our elf 'Herbie' and he found a new home every day but they're still at the age where we had to remind them to look around for him.

The big gift to all the kids was the train table - which they all loved.  It was the first thing they all went to and kept going back to.  I have to admit it was an ordeal to get it.  It started with Black Friday online shopping where I bought a small train table from Toys R Us.  After about 2 weeks of waiting for it to arrive, I received an email that they cancelled my order and thanked me for being understanding.  Well, I wasn't very understanding and they ended up sending me another email that was for $40 off my next shopping trip.  In the next week or so they had a different train table on sale which was double the amount of the original one, but with the $40 off, I figured why not?  I thought it would be an easy order - I'd order it online and then pick it up in the store.  It took a little time and patience to find a store that had it in stock - or so I thought.  I thought that I'd be able to go to the store within a few days and pick it up and I ended up getting an email in a few days that said that the train table shipped from the warehouse to the store that I chose.  Wait, what?  shipped from the warehouse? Why would I have chosen a store 35 minutes from my house when there are at least 3 other ones closer if it was shipping from the warehouse???  I was annoyed and worried that I wouldn't get it in time and no one at Toys R Us seemed to care or have any explanation.  In the end, it arrived at the store on Tuesday afternoon and Tony was able to go and pick it up.  He had to wait because it was still on the truck when he got there, but we got it.  It took a few hours to set up on Christmas Eve, but seeing them play with it, made it all worth it. 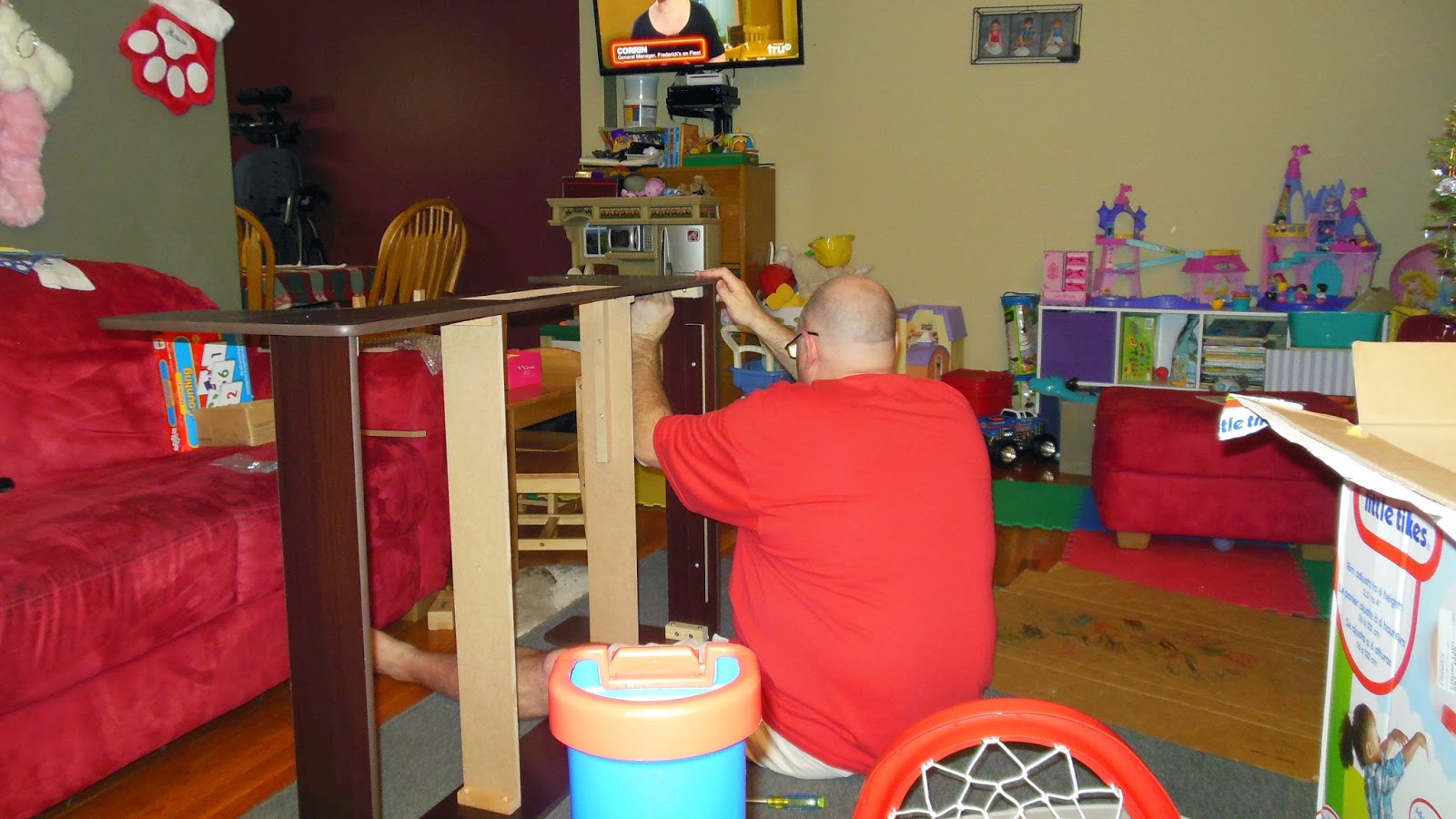 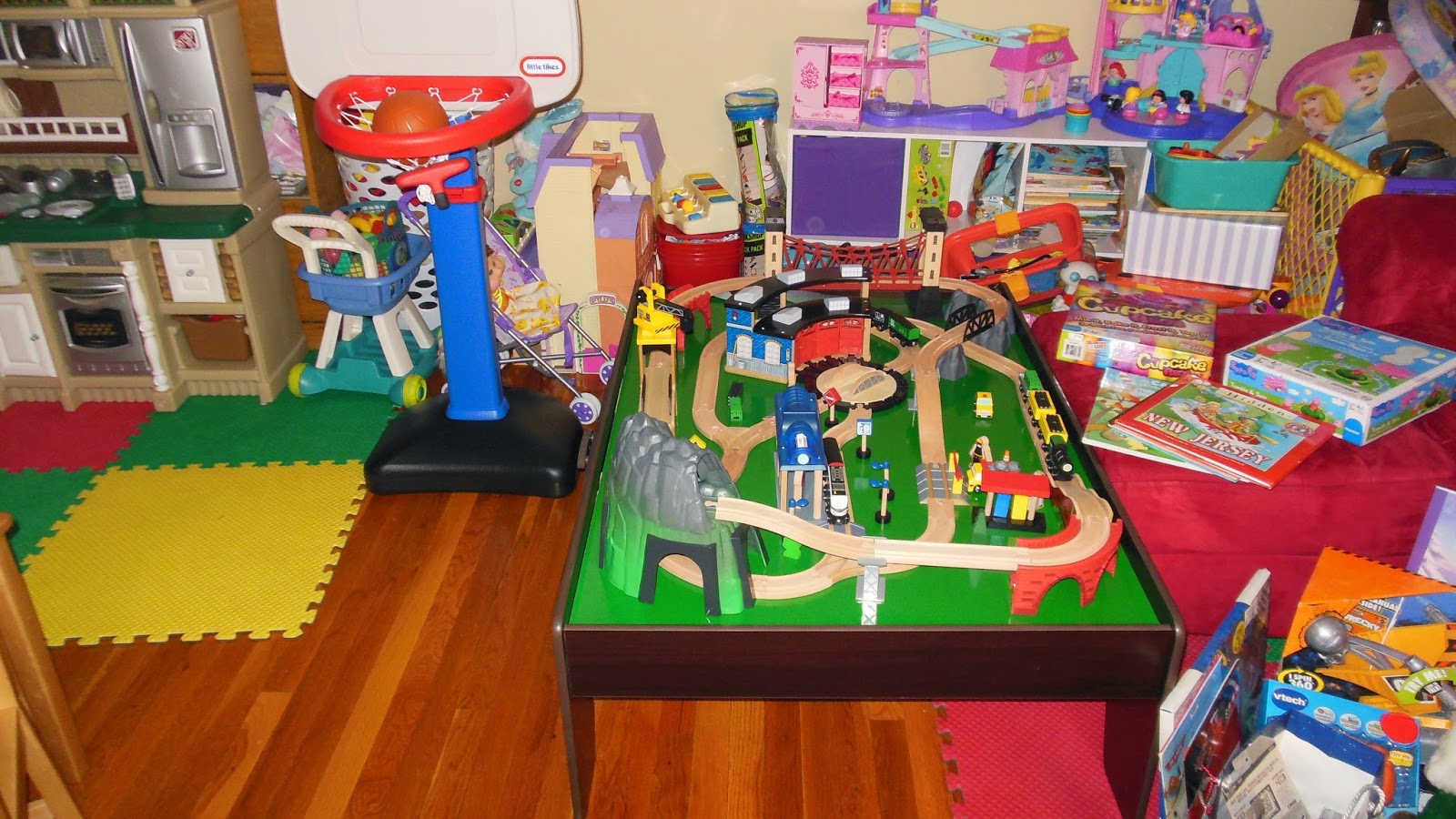 Here are some other pictures of Santa's loot piles for the kids... 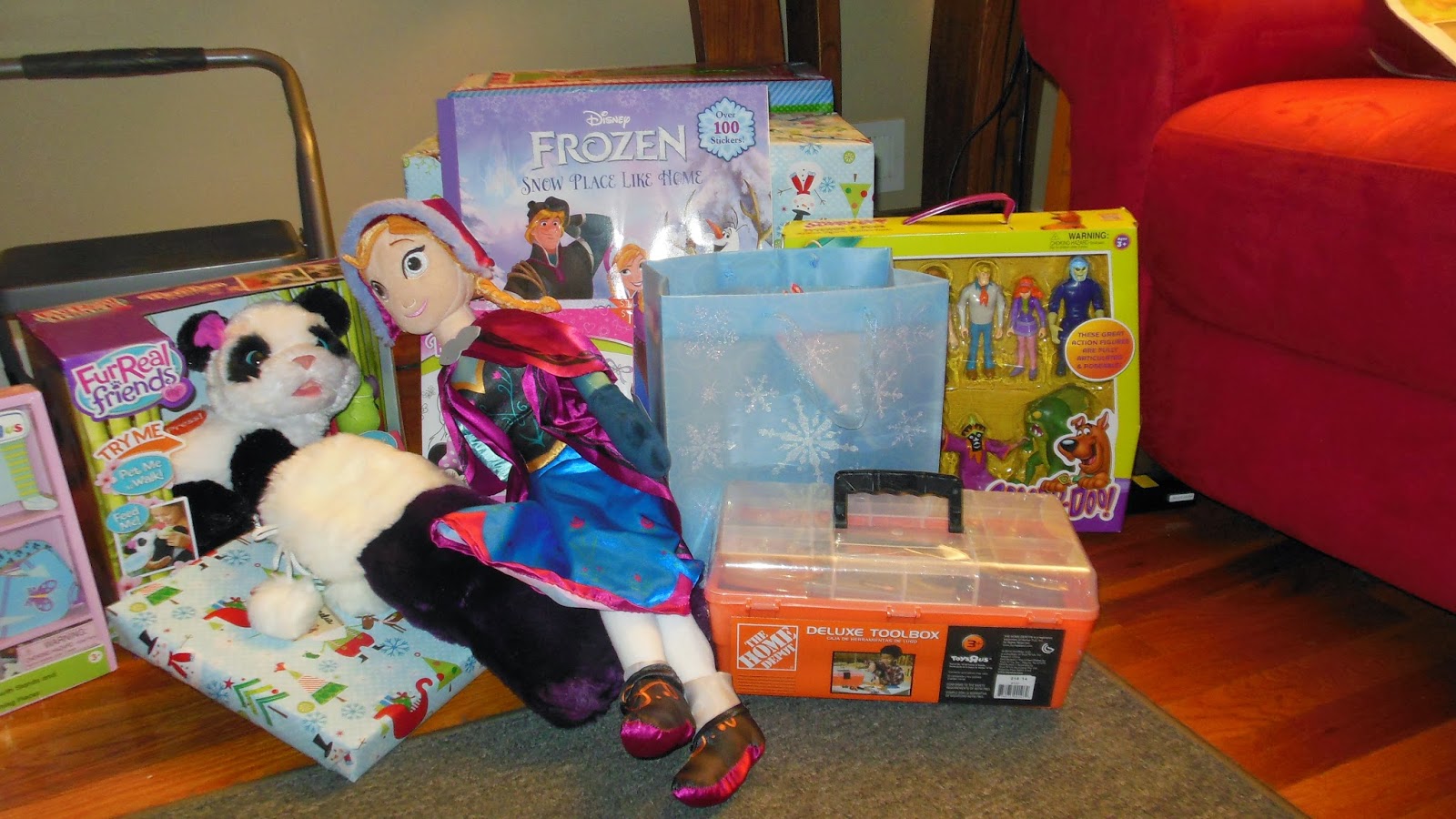 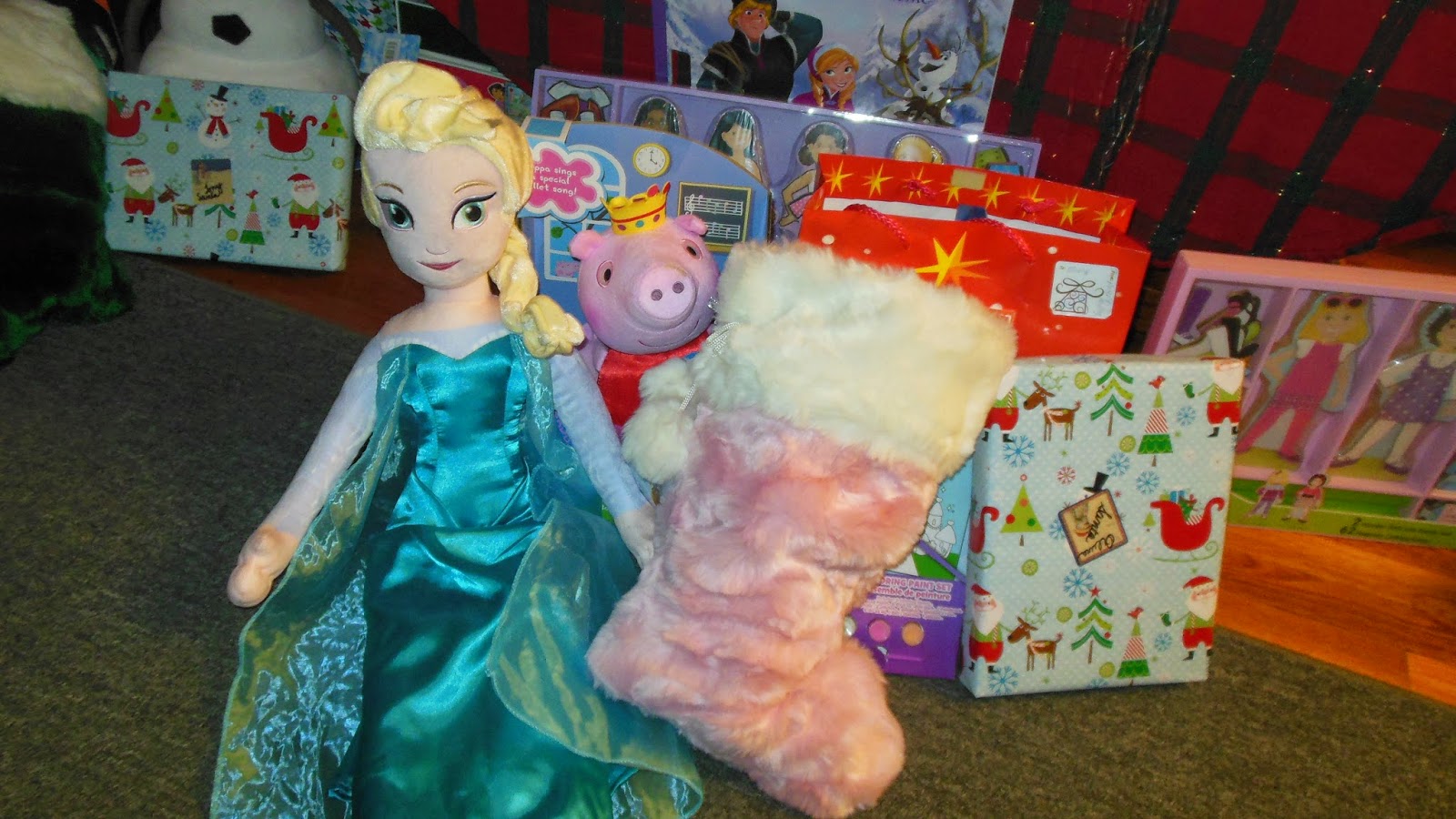 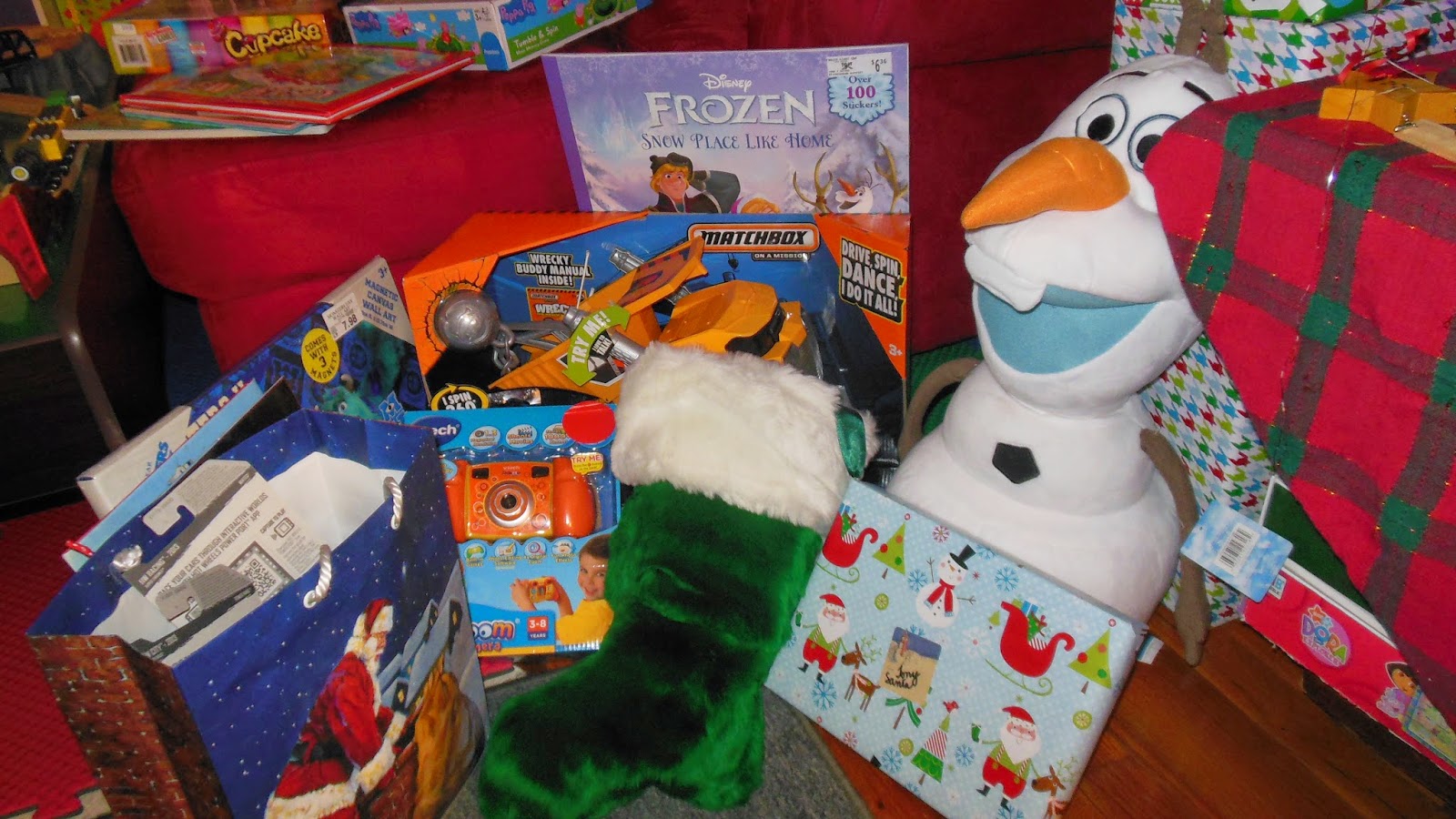 It's funny to think about what they've told us they want from Santa... everytime we asked them  - Amelia would say she wants a purple present, Olivia wanted a pink present and Tony wanted a blue present.  I'll have to remind them of this when they're older and asking for iphones and and $300 game systems, and other things yet to be invented!

We spend Christmas morning at our house and then later on went to Tony's mom's house.   That can be in a Christmas part 2 post (after I get those pictures loaded).

Instead I'll share some pictures from our session at JC Penney.  I thought the pictures came out pretty well.  We decided to do the girls hair up (braided) since that's what they always want thanks to Frozen's Anna and Elsa. 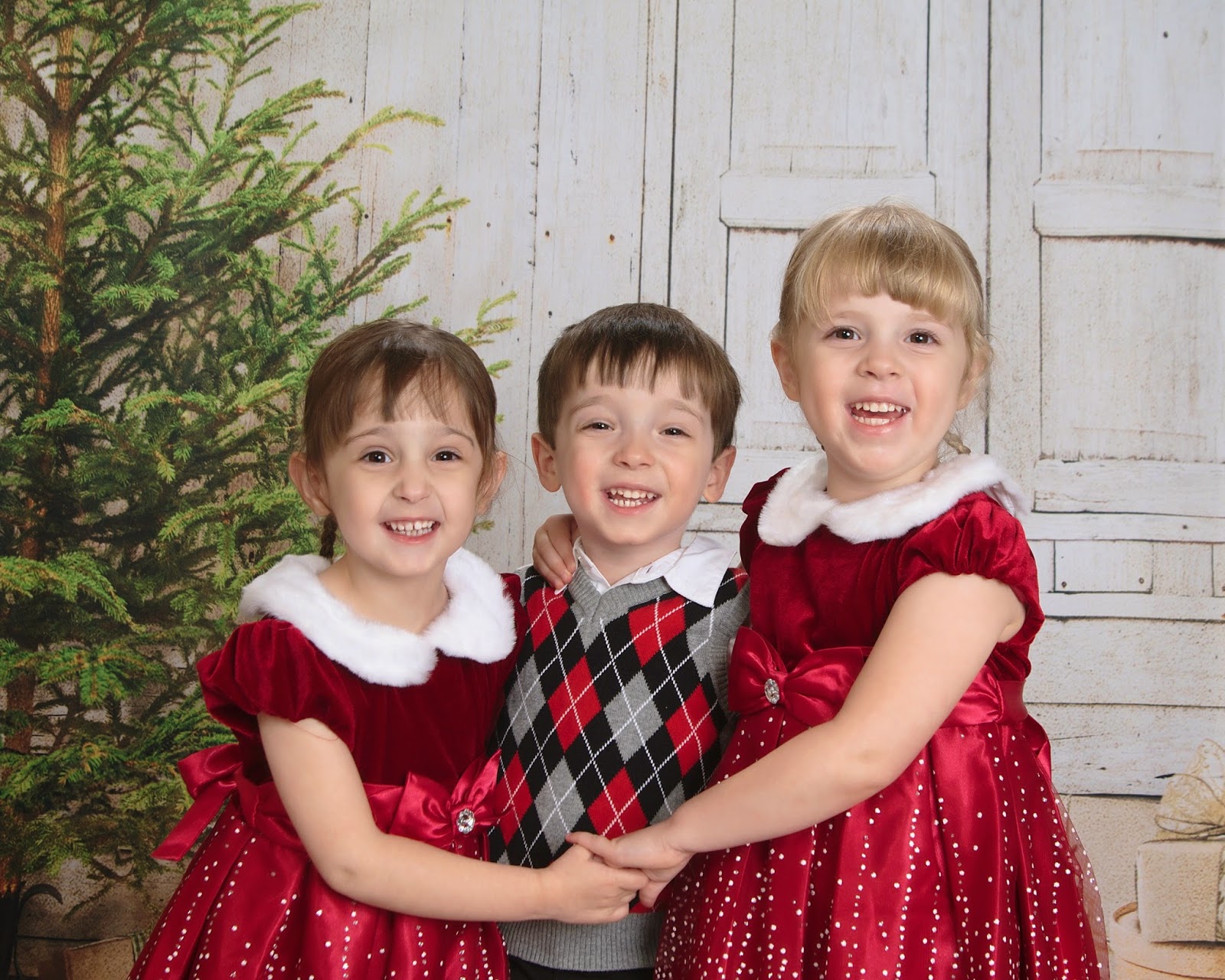 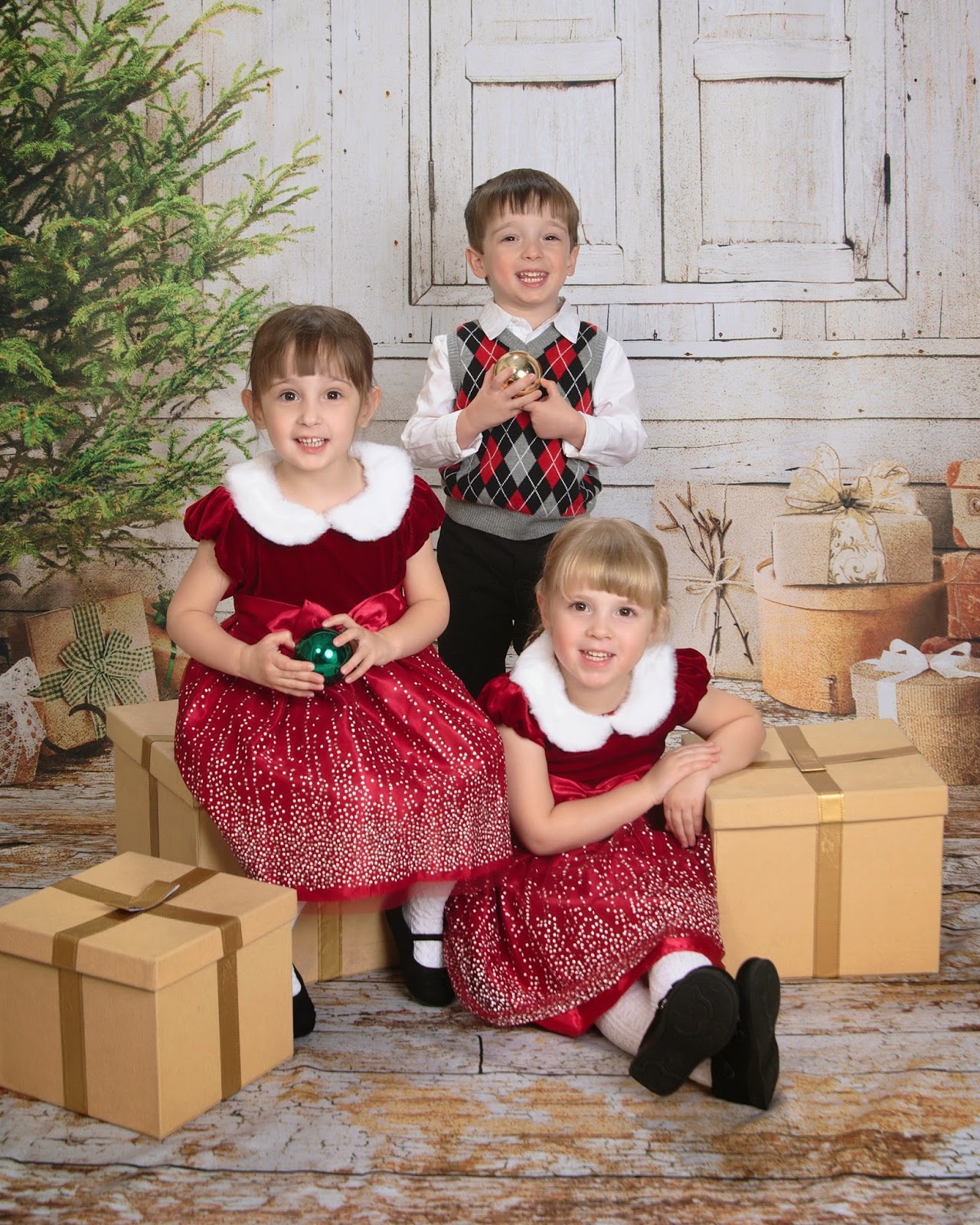 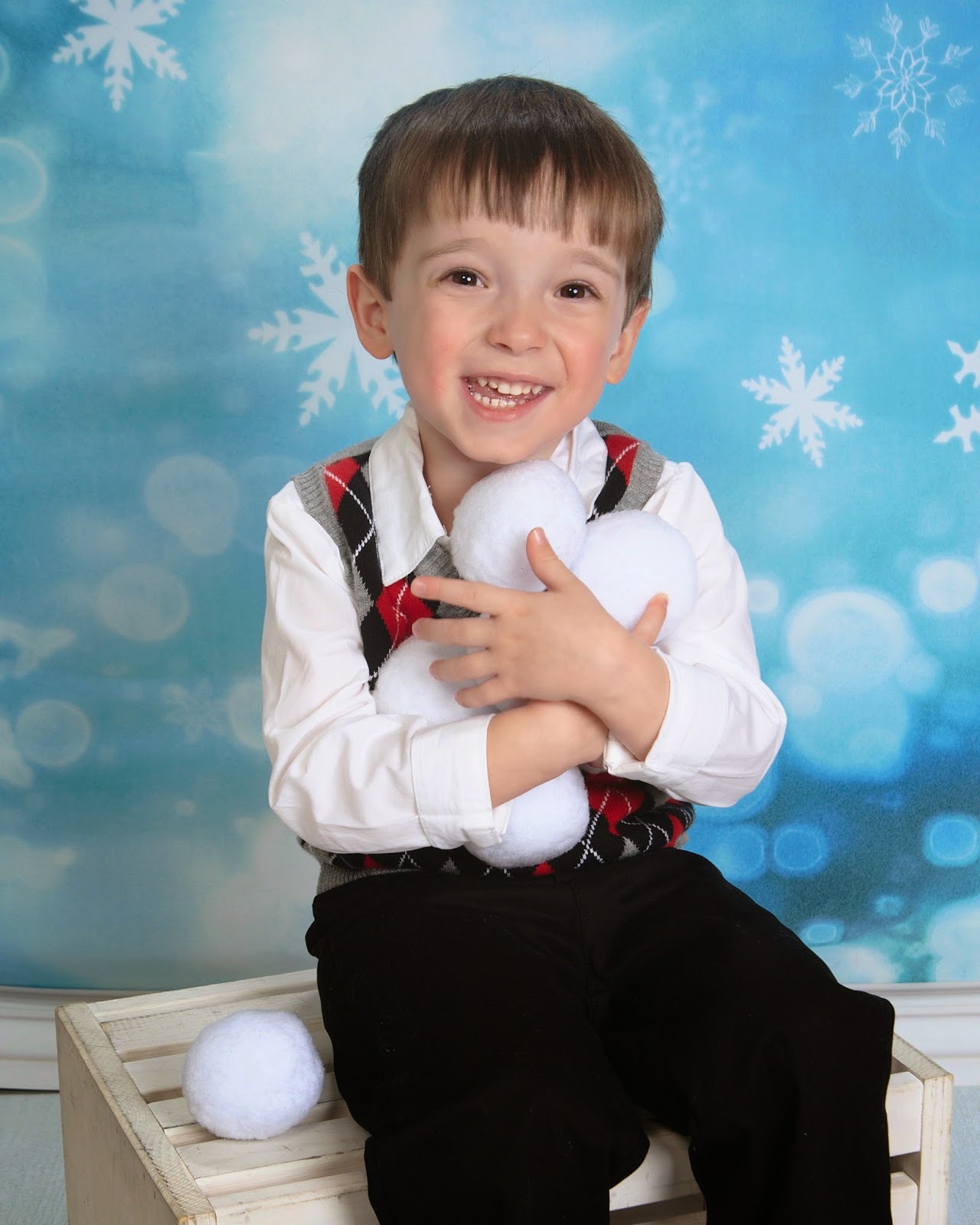 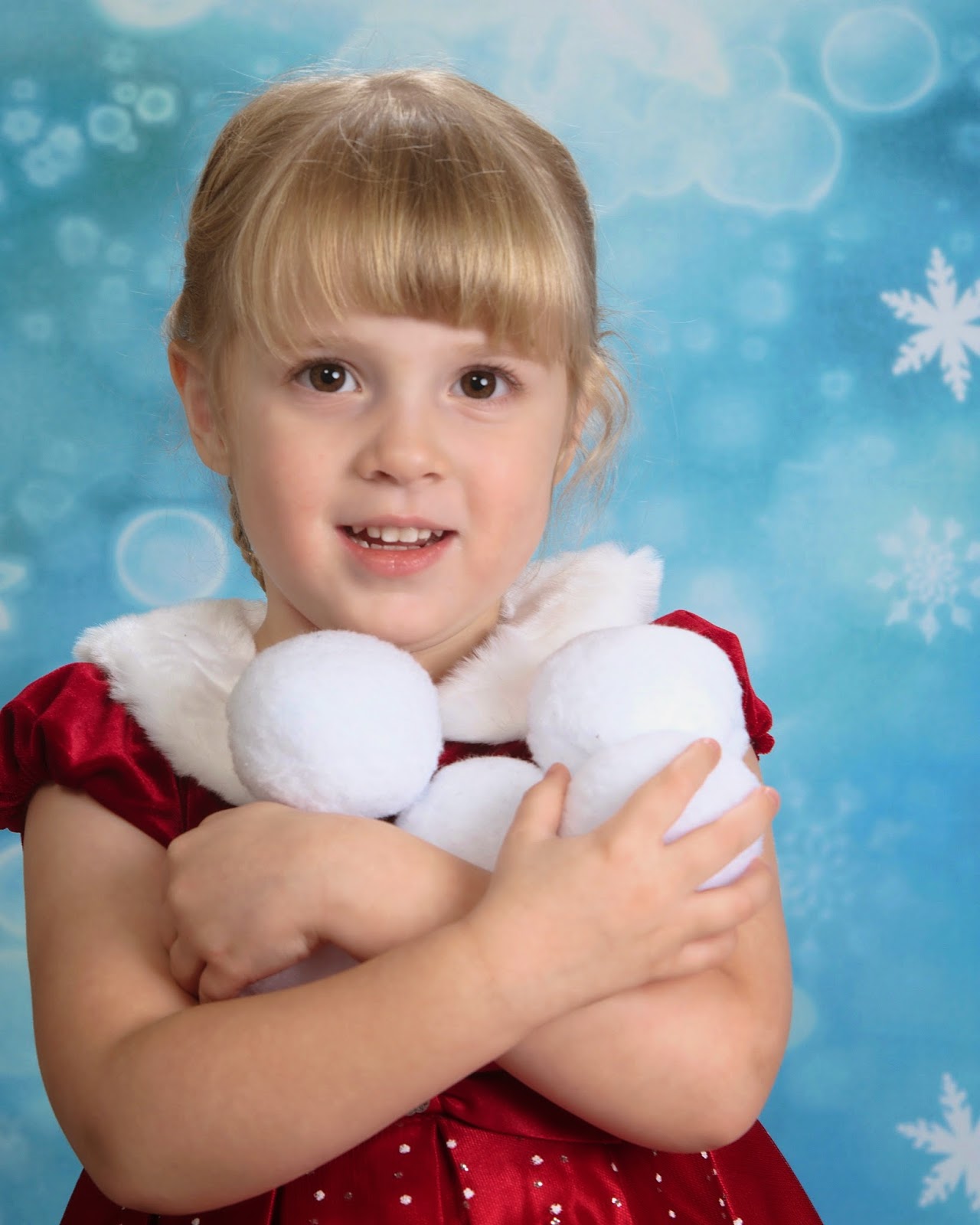 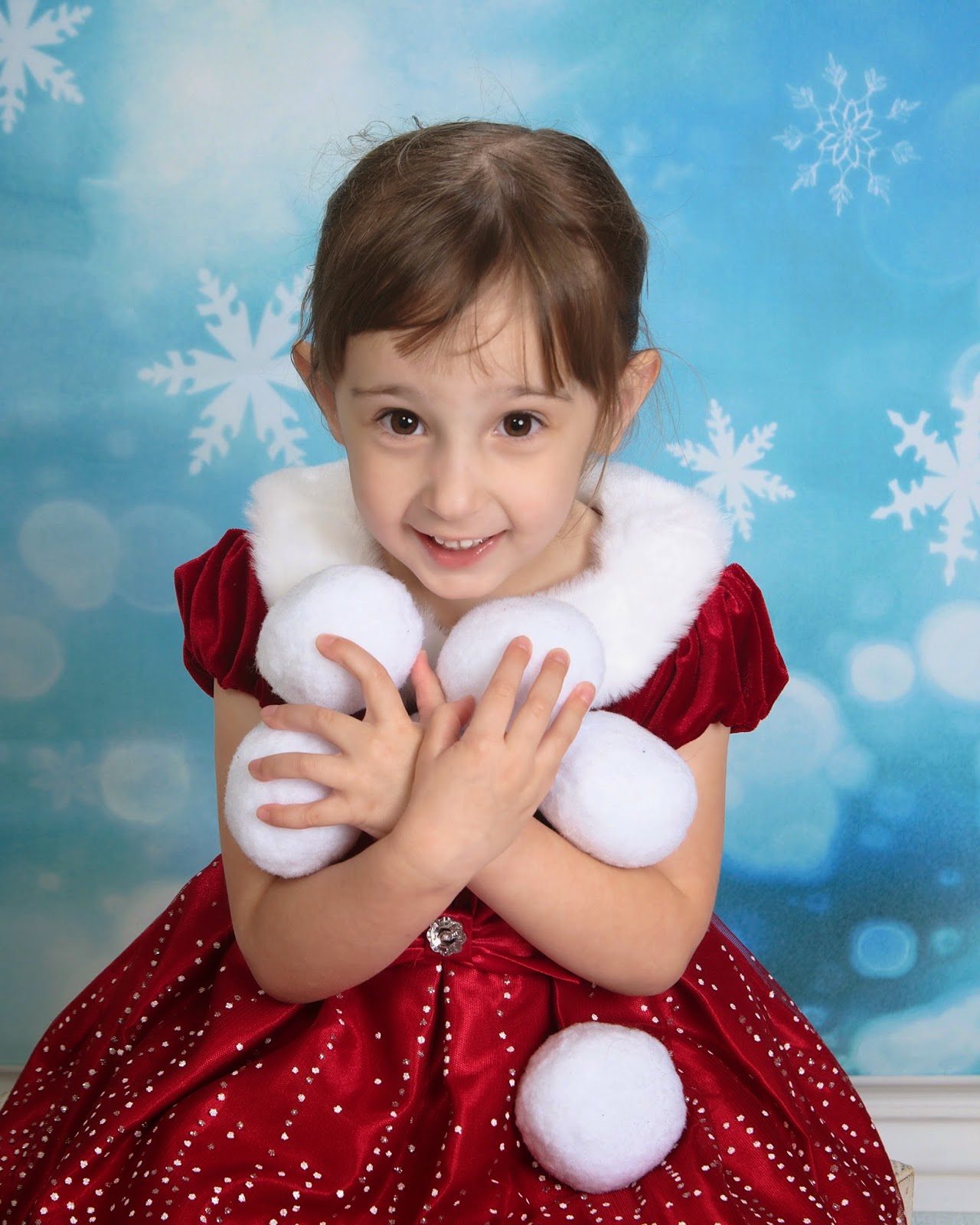 Posted by The Triplets of Fernwood at 2:01 AM No comments:

Halloween came and went very quickly.  The day started off with my work crew dressing up like the Scooby Doo gang.  I've never been to keen on Halloween myself but I chose to go with something easy.  I'm the goul/alien in the back. 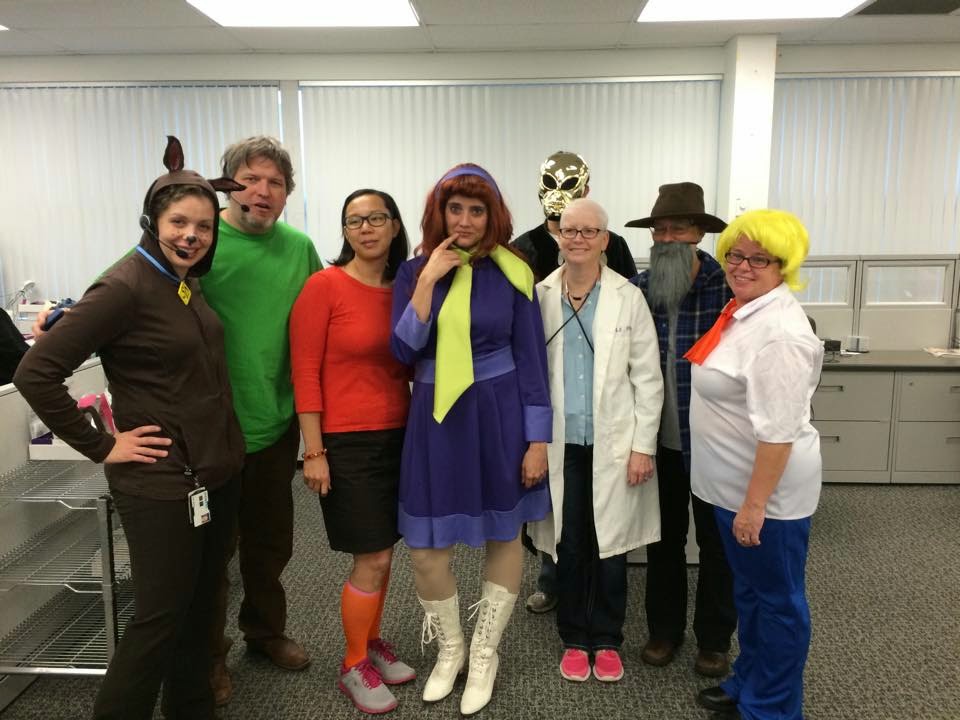 As for the kids, well they've been into Frozen for a while now and it just made sense to have Olivia be Elsa and Amelia as Anna and it didn't take too long to convince little Tony to be Olaf.  At first, he told me he wanted to be a Monster - he was into that movie for a while, but he was easily swayed.
I was trying to get out of work early to get home to go out trick or treating, and I ended up getting stuck in traffic, it started rain and I got all upset!  I ended up getting home in the nick of time and it stopped raining.  Melanie did the girls hair - Anna (with two french braids) and Elsa with one french braid down one side.  The looked so cute and were so happy.  I caught up with them just coming out of Grandma's house and moving down the road.  We were out pretty late - went to several houses.  We got plenty of candy, but soon realized that because we weren't home, no one came to our house to disperse candy to - so we had double the amount of candy.  Normally that should sound ok, but not when you're trying to lose weight.  (it's a daily battle). 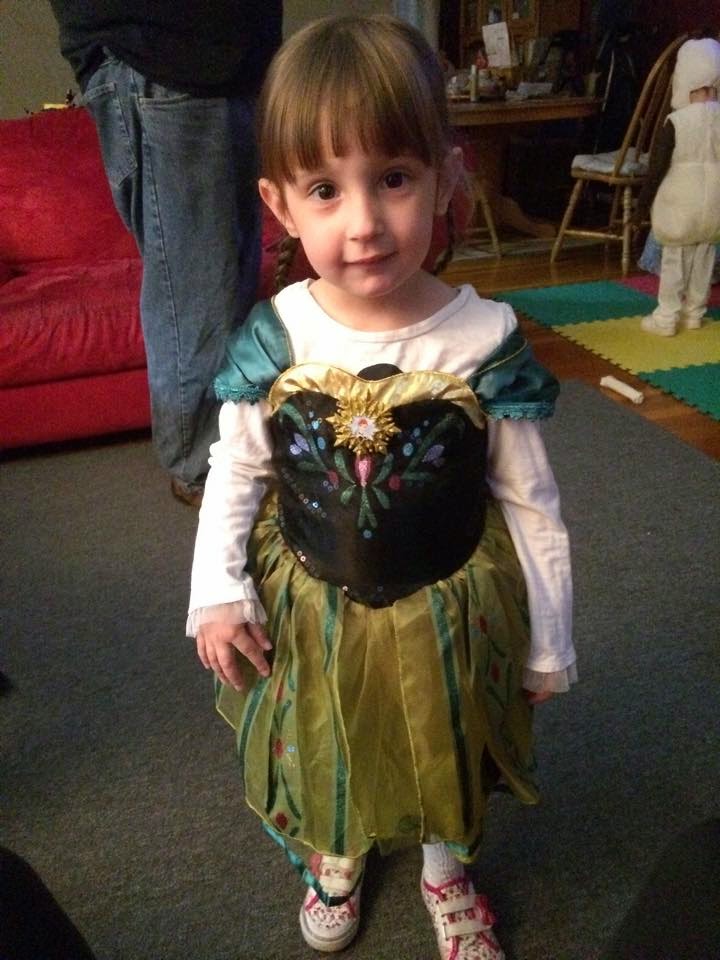 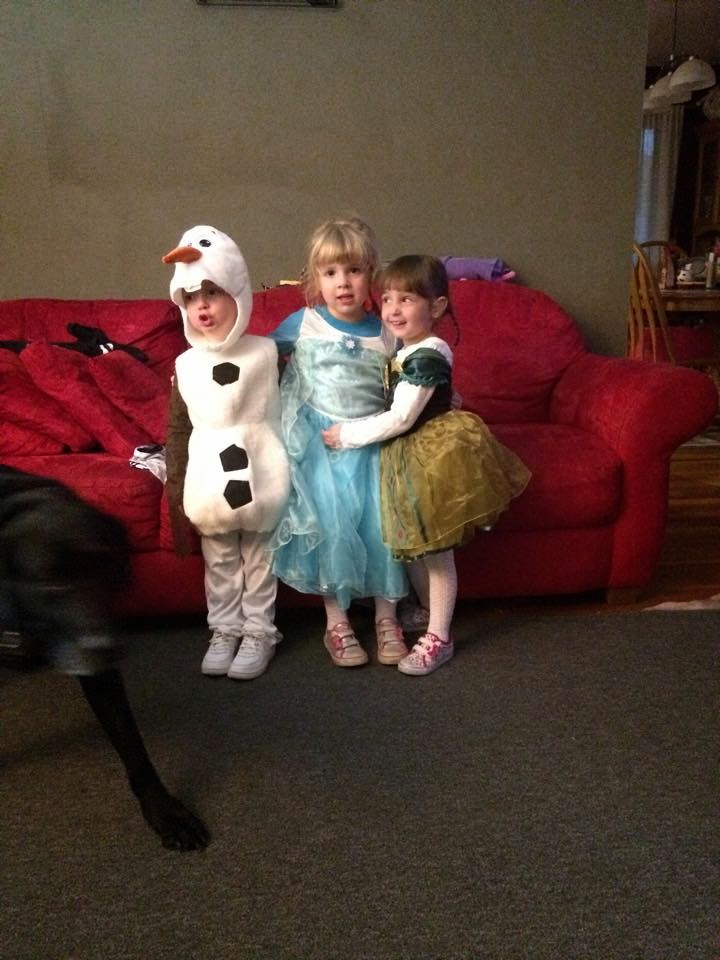 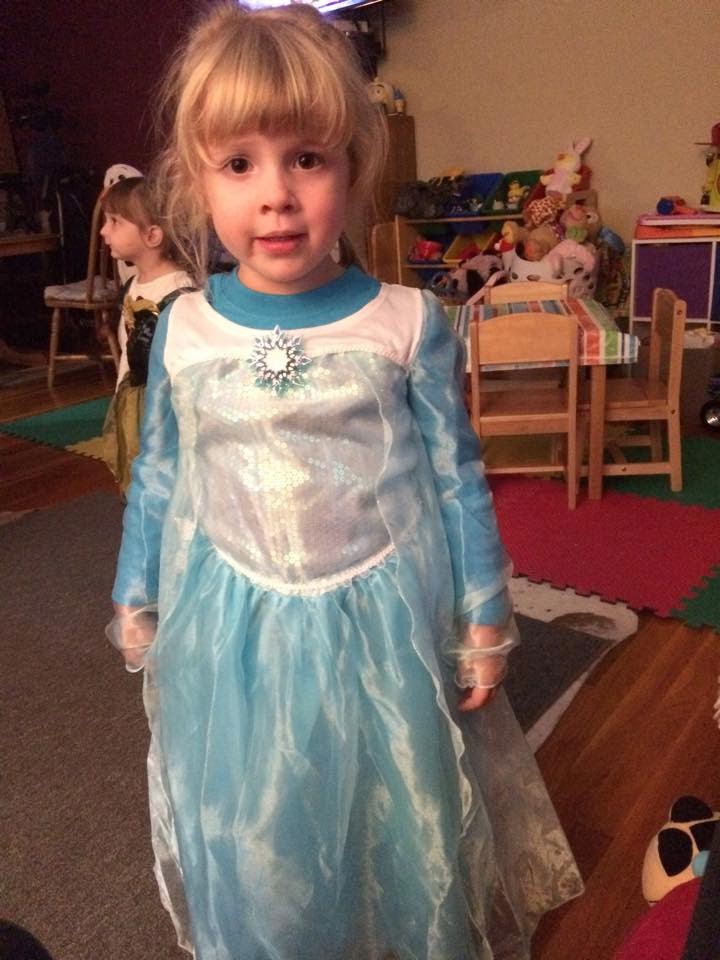 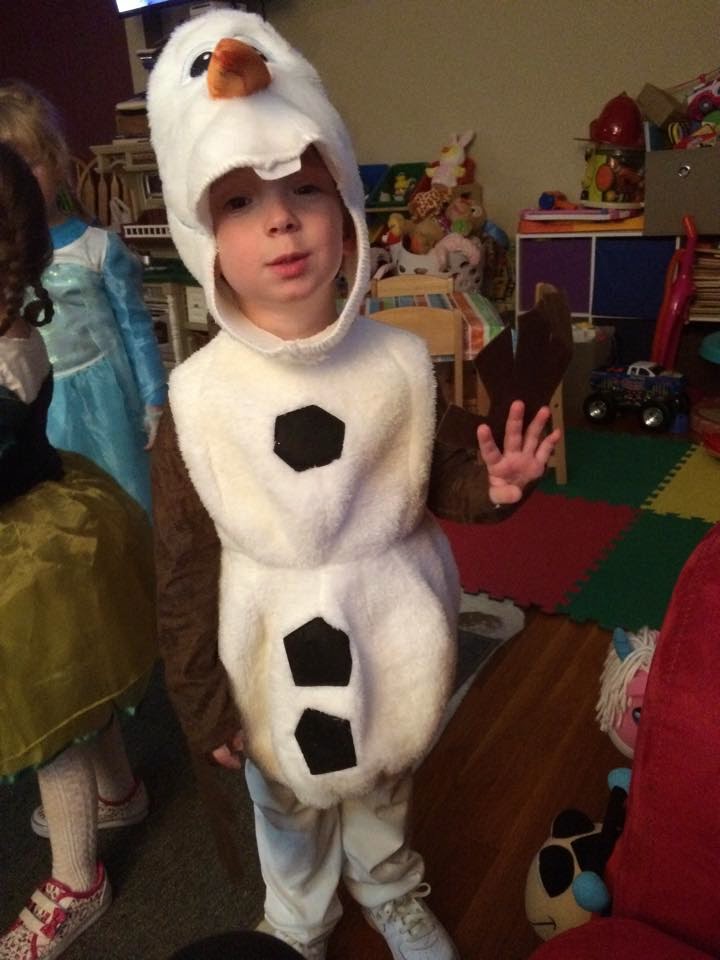 It was a chilly evening so they had to wear some clothes underneath the costumes - but it all worked out well.

Another October happening is that I broke/fractured my pinky finger on my right hand.  It's not a great story, but here goes - little Tony was getting out of the shower and went to throw the always soaked bath mat over the top of the shower door.  Well I was moving around too quickly and ended up jamming my finger in the door jam.  It hurt really bad.  It got swollen and bruised very quickly and looked really ugly the next day - so much so that people at work were insisting I leave to go to the doctor and get an x-ray.  The x-ray showed a fracture and I kept a brace on it for about two weeks.  After that it got to be a burden to wear it so I just stopped.  It's been ok, until I smack it or it gets squeezed to hard.  I did end up going to an orthopedic physician (hand specialist) who said that it could take alot longer to heal and to expect some swelling for another few months.  Here's a picture of how it currently looks.

Posted by The Triplets of Fernwood at 11:39 PM No comments: