Last weekend my parents came to visit and during one of our outings, we needed to stop for lunch.  I chose a Burger King that just happened to have one of those play areas with lots to climb on and big tubes to crawl through.  They had only ever been to one of those places once before, but they were closing that section to clean it so we didn't stay long.  They started trying to climb up the slide, but didn't get very far.  I kept saying to my mom... they won't be able to get up there!  Well I was wrong.  Completely wrong.
I tried getting some pictures of them up in the contraption, but they kept moving too quickly.  They played for a while and at one point we decided it was time to get going.  Well they had other thoughts.  They would not come back down for anything.  I tried sending up other people's kids to retrieve them.  Nope.  I even resorted to telling them I was leaving (which normally gets them to act pretty quickly - along with crying and screaming) and I even walked out of the building.  Nope.  They waved good bye to me saying bye bye mommy!  I was starting to panic and Tony wasn't  helping.  He just stood on the side and chuckled.  My mom pointed out the sign that said that in order to play in this area, kids should be 4 years old and she remarked... I guess we know why now!  We also read on the sign that we to alert the manager if we 'saw anything weird'.  I can't say it was weird, but I was seriously considering talking to someone that worked there to see what they've done in the past in this kind of situation.  I'm sure my kids aren't the only kids in history that wouldn't come down, right?

Well, we were able to coax them down with the promise of ice cream.  Thank goodness for their sweet tooth!

Here's a few pictures I was able to get. 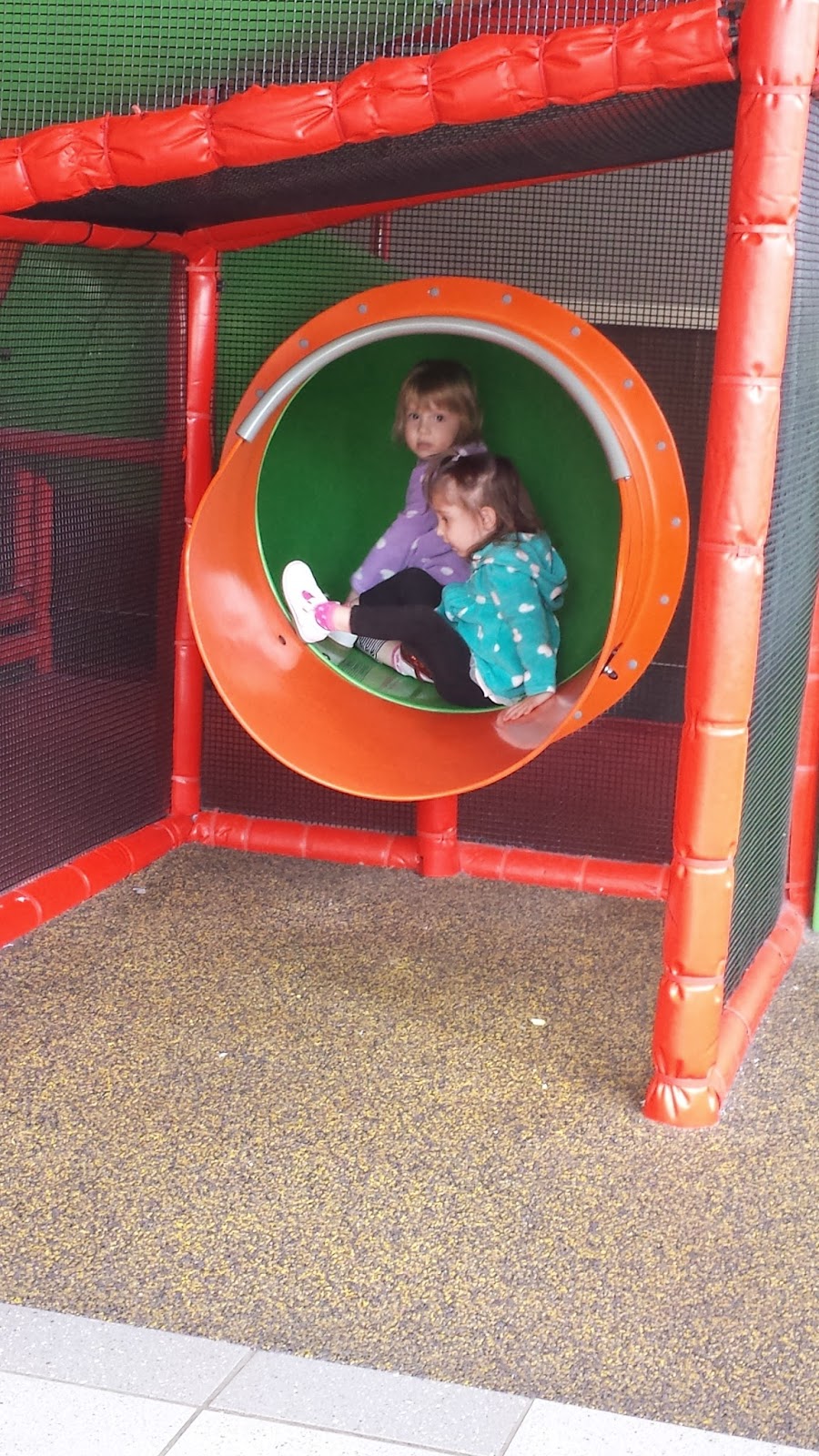 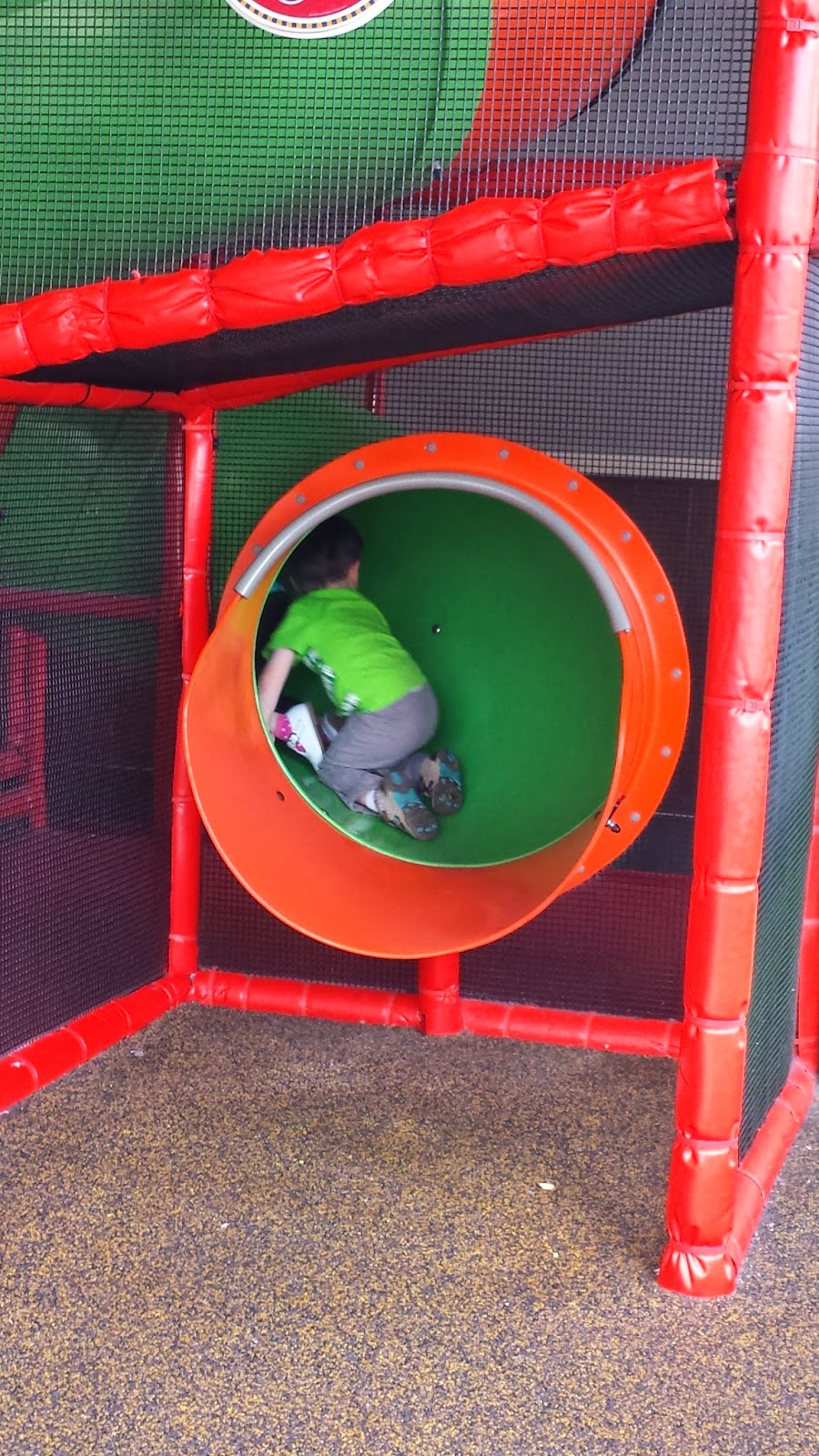 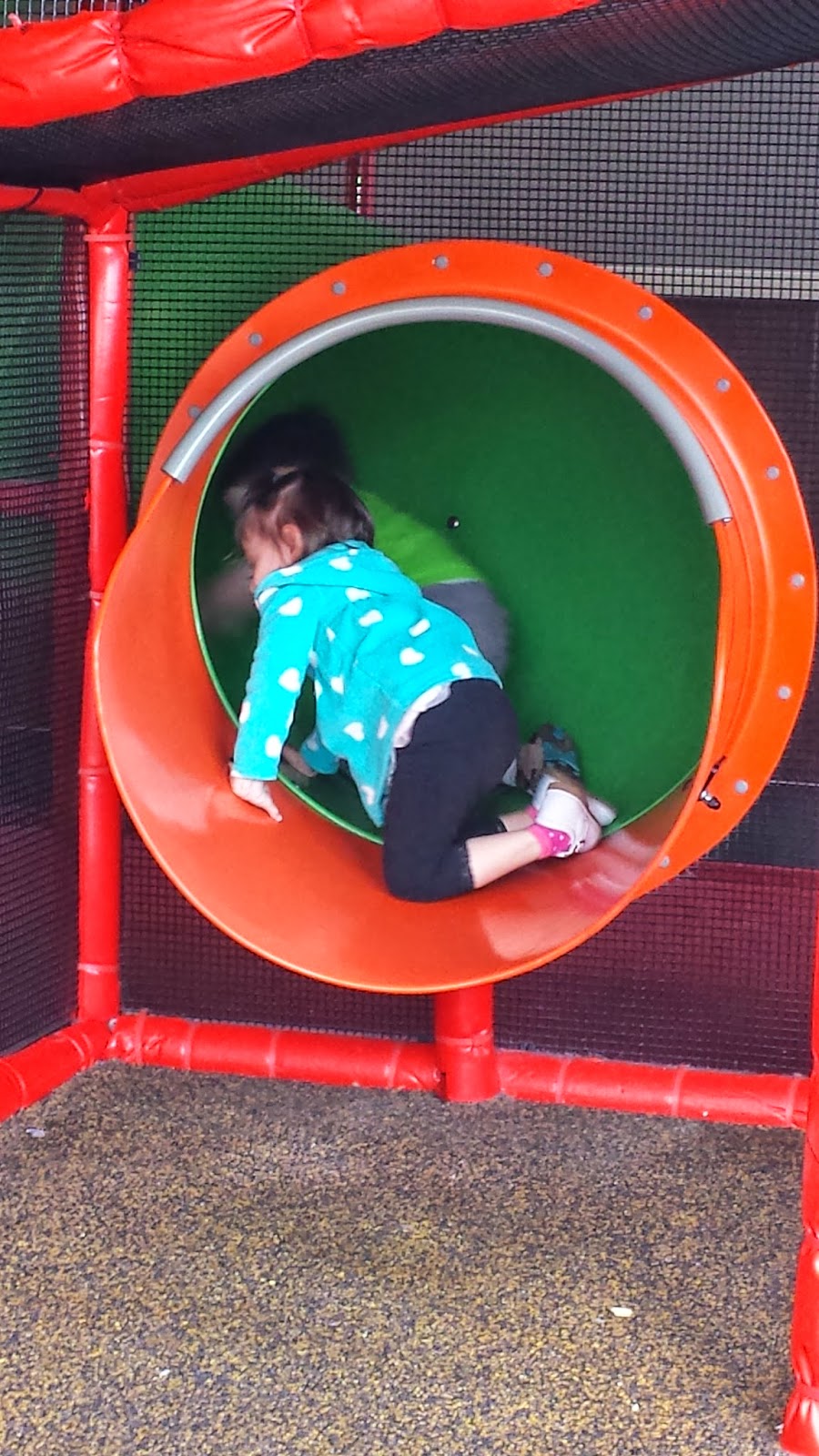 Posted by The Triplets of Fernwood at 9:46 AM No comments: